Only the Howard University Homecoming Parade info has been copied below.

October 23, 2013
TRAFFIC ADVISORY:  AIDS Walk, Marine Corps Marathon, and Howard University Homecoming Parade
The Metropolitan Police Department wishes to advise the media and public of several scheduled events occurring this weekend including the 2013 AIDS Walk, the Howard University Homecoming Parade, and the Marine Corps Marathon.  In conjunction with these events, there will be several street closures that motorists should take into consideration:
HOWARD UNIVERSITY HOMECOMING PARADE
This event is scheduled for Saturday, October 26, 2013. The staging area time will be at 7:00 am in front of the Johnson Administration Building (2400 6th Street, NW) on the Howard University campus.
Parade Route
The parade start time will be at 10:00 am until approximately 12:30 pm at which time the roadways mentioned below will re-open to traffic: 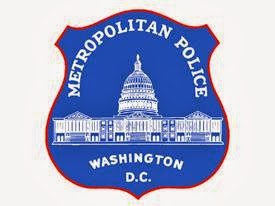 Posted by Scott Roberts of Bloomingdale at 7:55 AM