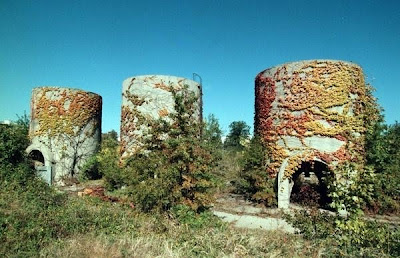 First, see this message sent by ANC 5C03 Commissioner Hugh Youngblood to the mayor, the DC Council and others regarding the current DC budget's allocation towards the McMillan Sand Filtration site project:

From: Commissioner Youngblood
Posted by Scott Roberts of Bloomingdale at 8:39 PM

Way to go Hugh...you give em hell and keep that horrid development out of our backyard. Bloomingdale is doing fine. We have all the proper and responsible development we need.

Lastly to the person who has drafted the rebuttal, you really ought to sign your name to something like this. It's easy (and cowardly) to sling curses from the darkness of anonymity but takes real bravery and courage to take credit for your work like Hugh did. If you want to live in an area with awful development and the kind of negative consequences that come with a project like that which is being proposed at McMillan, you ought to just move to Columbia Heights. A more shining example of a stain on our city's pride and heritage does not exist. I didn't move here to Bloomingdale to have it look like cookie cutter suburbia with a ton of crap emporiums, one way streets, traffic galore, and "quality development" like that which was thrown together at Rhode Island Station just up the street. These big box impersonal developments never improve a community and if you think they do then leave us alone and move someplace where they prize this kind of thing...because Bloomingdale clearly isn't one of those places, at least as long as I am living here!

Here we go again! Commissioner Youngblood has has a potential conflict of interest in this development and he now attempts to over step, not only his authority, but now is speaking for all of Bloomingdale? I think NOT! Did he survey Bloomingdale? Did he speaks to his SMD? NO! That's the problem, he hasn't allowed the process to be followed and once again stirs up controversy without merit. Even Commissioner Fournier has disavowed Commissioner Youngblood's letter/email. It's a pretty sad state of affairs when two Commissioners in Bloomingdale are even commenting on this.

With Mr. Yougblood's potential conflict of interest now in the AG's office along with Commissioner Fournier's zoning and building permit violations and fine for illegal construction of a two story garage/barn (that happens to look terrible...take a look for yourself at the rear of 69 Bryant St); we have two individuals who don't seem to get it! Frounier claims the density and a host of undocumented issue is the reason to stop McMillan; yet he has exceeded the FAR on his own lot and illegally constructed a two story garage/barn/building. Then Youngblood's conflict of interest! ARE WE REALLY GOING TO TAKE ADVICE OR GIVE ANY CREDENCE TO WHAT THEY ARE SAYING?

I think Bloomingdale residents have a lot more sense to listen to the well informed instead of the ill-informed, conflicted and manipulative actions of Commissioners Fournier and Youngblood! Novemeber is the time for change in Bloomingdale...VOTE IN HONESTY AND INTEGRITY!