As conspiracy theories swirled around the murder of Democratic National Committee staffer Seth Rich, lobbyist Jack Burkman took the unusual step of launching his own private investigation. A man with military and security experience stepped up to help.


Burkman, a conservative lobbyist who has also raised money for Rick Gates, a former Trump campaign official who pleaded guilty to lying to the FBI, and protested gay athletes in the NFL, is used to controversy. But Doherty’s arrest Saturday by Arlington County police on charges of malicious wounding and use of a firearm in the commission of a felony caps a saga stranger than Burkman’s own conspiracy theories.


“It’s a horror story,” Burkman, of Arlington, said in an interview Monday afternoon. He is still recovering after being shot several times and run over by an SUV last Tuesday.


Doherty briefly worked for Burkman’s Profiling Project, which was formed to build a psychological portrait of Rich’s likely killer. Burkman was offering a six-figure reward for information on the slaying of Rich, which police have determined was most likely a random robbery but many conservatives have claimed was part of a political conspiracy.
... 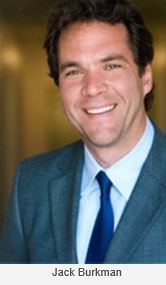 Posted by Scott Roberts of Bloomingdale at 10:29 AM