WTOP story on the G9 and 80 bus routes

Click on the link to read the entire WTOP article:

Metro’s new review of the G9 bus service along Rhode Island Avenue NE/NW that began one year ago Tuesday found that the percentages of minority and low-income riders on the new route were significantly lower than the system averages.

To make up for that, the Metro Board is scheduled Thursday to approve a recommendation from the agency’s civil rights office to add two additional daily trips in June on a separate line in the area, Route 80 down North Capitol Street.


While the Route 80 ridership is estimated to be about 95 percent minority and 70 percent low-income, the disparity for low-income riders even with this service, would remain well above Metro’s usual standard.
... 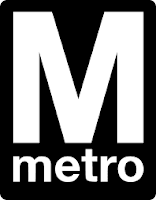 Posted by Scott Roberts of Bloomingdale at 9:46 AM