Info about this project:

The discussion was quite animated.  The developer advised that the project will be presented to the HPRB on Thursday, 03-28-2019.

A motion was made and seconded to not approve the current design of 150 S Street NW development project, since it is not compatible within the Bloomingdale Historic District, specifically due to the corner projecting window, brick color, lack of ornamentation at the top, prevalence of white and base stone not being a dark color.  The motion failed 10 to 15.

150 S Street NW is on the agenda of tonight's ANC5E meeting. 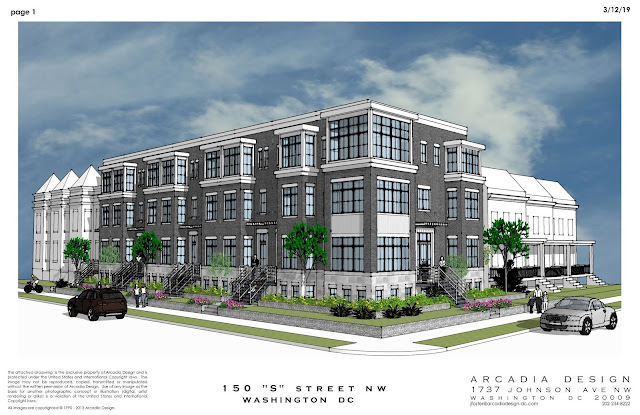 Here is one of the renderings for 150 S Street NW
Posted by Scott Roberts of Bloomingdale at 9:55 AM