some announcements from Rustik Tavern (like lunch at Rustik Tuesdays thru Fridays!) 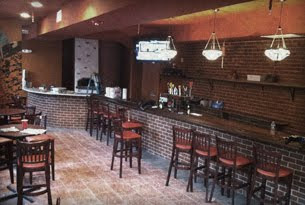 2011 was a fabulous year. We’ve seen our little neighborhood become even more of a place with a distinct, local, friendly feel. We at Rustik have had a phenomenal year, and we are so proud and happy to have been serving Bloomingdale. We are looking forward to the great things to come in 2012.

We have a few announcements.
First, we are going to start serving lunch Tuesdays through Fridays from 11am to 3pm. If you’re working from home, why not work from here? Bring your computer and use our free wifi while you enjoy a tasty selection of lunch items, including our house-made Focaccia daily sandwich specials or the open-faced gyro sandwiches, among other items.

Second, movies. This month we are featuring some fantastic French films that span the eclectic cinematic feats of the pentagon shaped country – from the artsy, to the criminal to the comedic.

We’ll begin tomorrow, Tuesday 1/3, with Le fabuleux destin d'Amélie Poulain, known simply as Amélie. Here, Amelie, an innocent and naive girl in Paris, with her own sense of justice, decides to help those around her and along the way, discovers love. This is the iconic French film of the early 2000’s that catapulted young Audrey Tautou and her pixie cut to notoriety.

On Tuesday, 1/10, we’ll be playing La Femme Nikita, directed by Luc Besson (Leon: The Professional, The Fifth Element). In this hit-man twist, convicted felon Nikita, instead of going to jail, is given a new identity and trained, stylishly, as a top secret spy/assassin.

The Dinner Game (Le Diner de Cons), 1/17, is a beguiling French farce in which Pierre and his friends organize a weekly dinner for idiots. Each man invites the dumbest guy he can find as a guest. Pierre thinks his champ -François Pignon- will steal the show.

On Tuesday, 1/24, we will play The Discreet Charm of the Bourgeoisie (Le charme discret de la bourgeoisie). A surrealist film directed by Luis Buñuel, the movie’s world is not logical: the bizarre events are accepted by the characters, even if they are impossible or contradictory. The film concerns a group of upper class people attempting — despite continual interruptions — to dine together. Winner of an Academy Award for Best Foreign Language Film (1972).

We’ll finish January with an action, clever, funny, and very sexy French spy thriller starring the great Jean-Paul Belmondo, The Professional. The story goes: French secret agent Joss Baumont is sent to one of the African countries to kill their president Njala. However, at the last moment the political situation changes and the French secret service turns him in to the African authorities, and he is sentenced to a long-term imprisonment. After the daring escape he returns to France and deliberately informs his former chiefs of his presence promising them to kill Njala who has just arrived to the country with the official visit.

Email ThisBlogThis!Share to TwitterShare to FacebookShare to Pinterest
Labels: Rustik