Bloomingdale's demolished Eritrean Church at 2nd and S Street NW not explicitly mentioned in WaPo article "Does a religious community need its own building to flourish?"

Note the fourth paragraph below: it mentions that Sacred Spaces Conservancy estimates that Shaw-Bloomingdale has lost about 30% of its places-of-worship buildings.

The only building in Bloomingdale that this would apply would be the now-demolished Medhane Alem Eritrean Church at 150 S Street NW.


For decades, changes in American religious behavior and the District’s demographics spurred a slow emptying of city houses of worship. And in recent years, many have shuttered, largely because of skyrocketing real estate prices, an exodus of African Americans from the city and millennials’ desire for unusual abodes.


But how great is the loss, and how much does it really matter?


The year-old nonprofit Sacred Spaces Conservancy has started quantifying the disappearance of houses of worship in the District’s most intensely developed neighborhoods, where the buildings are rapidly being torn down or converted into housing, especially around H Street NE.


Using city data, the group has found that between 2008 and 2018, Capitol Hill has lost about 40 percent of buildings owned by congregations of various faith backgrounds and used regularly for worship. The group’s incomplete research estimates Shaw-Bloomingdale has lost about 30 percent of such buildings, and the entire city may have lost around 25 percent.
… 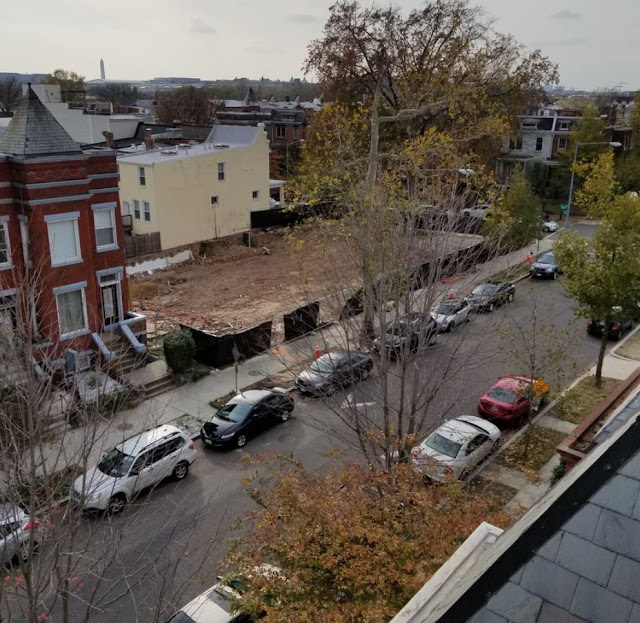 Posted by Scott Roberts of Bloomingdale at 9:07 AM