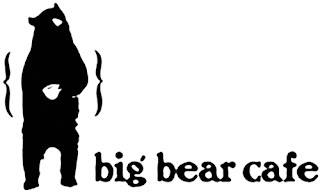 See this announcement from Wade:

Elizabeth Arnold has received a Whiting Award and fellowships from the Bunting Institute at Radcliffe, the Rockefeller Foundation, and the Lannan Foundation. She recently learned that she has won an Amy Lowell travelling scholarship for 2010-11. Her three books of poems are The Reef (University of Chicago Press,1999), Civilization (Flood Editions, 2006), and Effacement (Flood Editions, 2010). Arnold is on the MFA faculty at the University of Maryland. She lives in Hyattsville, Maryland.

non/fiction is Dan Gutstein's first collection. His writing has appeared in more than 60 publications, including Ploughshares, Denver Quarterly, Ninth Letter, The Penguin Book of the Sonnet, and Best American Poetry, as well as aboard metrobuses in Virginia. He has received awards from the Maryland State Arts Council, University of Michigan, Bread Loaf Writers’ Conference, and other groups. He works at Maryland Institute College of Art, and prior to MICA, served as Visiting Assistant Professor in creative writing at George Washington University.

Christy J. Zink is an assistant professor in the University Writing Program at George Washington University. Her work has appeared in the American Literacy Review, the Washington Post, and in the anthology Electric Grace. She was a fellow at the Virginia Center for the Creative Arts and leads community writing workshops in Washington, DC.

Maureen Andary is a cabaret folk artist from Washington, DC, and one-half of the duo The Sweater Set. Learn more, and listen, at http://www.maureenmusic.com/.

Posted by Scott Roberts of Bloomingdale at 6:50 AM

I went for the first time to this event and had a great time!!