Please join us to do something meaningful and urgent in our fight to save McMillan Park, by turning out this Wednesday (October 17) at 9:30 a.m. at the D.C. Court of Appeals for a crucial hearing on the preservation component of our long-standing legal battle over McMillan's fate. We know that your presence will let the judges know that this is not a minor legalistic contest but a grassroots struggle that has widespread support from citizens in the park's immediate community and city-wide.


We in the community of groups, in support of saving our public land, for our children, the  25 acres of McMillan Sand Filtration Site and the over 100 acres including the DC  Reservoir, invite concerned Washingtonians to becomeinvolved in the urban planning that effects your life.  McMillan and the DC reservoir, all of which, served the local African-American community for outdoor recreation for over 40 years. The children of Bloomingdale could enjoy the only  integrated  park in DC called it "our paradise".


Bloomngdale elder Ms.Ella relates her childhood spent in the PARK, the children called McMillan "our beach".


Today we need a DC Glen Echo arts/performance/instructional site for all ages, checkout Gleen Echo in Potomac and ask why not us? We need an outdoor concert  stage you can walk to on summer evenings, with blanket  and picnic, to enjoy opera, music festivals, outdoor plays and sunset vistas. Drive to Vienna Virginia for concerts, why not our DC Wolf Trap, walkable from most of the city. My coalition foresees preserving the 20 acres underground sand filtration "cells" massive 12 foot tall acre large masonry cisterns ready for urban agriculture, bistro and bizarre, farmers markets unlimited, numerous adaptive re-use like so many cities are doing.


Even a clean water backup system, and emergency shelter, that is very stupid to destroy in the middle of the hottest urban heat island, which is also predicted by our own DC agencies to be likely to flood in coming years.


We are told, it is not a fixed deal, but the Mayor is a business partner in the proposed re-development of 25 acre McMillan Park at North Capitol and Michigan Ave. You, or your kids, have never set a foot on this fascinating historic green sward, so close to home,  because your successive D.C. administrations have kept it fenced off and purposely relegated to the ash heap of history. A cynical and racially discriminatory plan, depriving the predominantly African-American communities of the green park land they enjoyed from 1905 to 1941, the only integrated park while all others in DC were segregated. Would that fence have stayed up at the direction of the Mayors and City Council for 31 years if McMillan was in Chevy Chase?


McMillan lay there in plain sight, it cost  $9.3 Million tax payer dollars,  and "the stewards" of public treasure have produced NOTHING, absolutely nothing for 31 years while holding back the community from it's own public recreation land to deliver and "give away" to a conglomerate of connected developers now that real estate values have reached insanity!


The VMP developers have a no-bid deal, were elevated from consultant to master developer in a very bad business practice according to a letter to the Mayor, Attorney General and Mendelson, from DC Auditor Kathy Patterson. The city council exempted the VMP conglomerate from the Council's own contracting reforms pro-actively and amazingly, retroactively. All DC evaluative and regulatory agencies, the Historic Preservation Review Board, the Mayor's Agent, the Zoning Commission and Dept of the Environment are judging and "entitling"  their own employer in the "approval process", there is no such thing as dis-approval.


The DC govt. DMPED and EYA/VMP hired the Jamie Fontaine PR Agency to specifically "neutralize opposition" and "change the general perception to that of widespread support for the development in the community", and "provide continuous cover for elected officials". The program of this PR campaign openly declared in it's own documents targeted against your neighbors in Friends of  McMillan (FOMP), LEGITIMATE community opposition, is a flagrant UNCONSTITUTIONAL violation of  YOUR First Amendment right to "petition the govt. for redress of grievances".


The collusion of DC govt.. and mega developers Vision McMillan Partners, specifically the billion $$ surplus of the valuable site (expanded from 2 years to 7 years by Mendelson), amount to the theft from the people of Washington,  the work of enlightened designers and engineers brought to DC by Senator James McMillan, who had the real vision, and urban planning brilliance to provide green swards throughout DC. Most of which only occurred in upper NW, with 500% more park land than this dense central community. Here in our neighborhoods, according to NOAA, we suffer from an urban heat island effect up to 17 degrees hotter than other cooler and greener parts of the city, literally when it is 102' in this area it was 85' in other sections.


They saw in 1906, when the entire area was rural, the need for an "emerald necklace" of green swards, and now that McMillan is being surrounded by thousands of additional luxury housing units, God knows how much additional automobile congestion, it is finally time to save this coherent unitary open green space, DC's Central Park and Reservoir (over 100 acres), for the health of the community, for your kids and grand-kids.


The VMP/DMPED partnership's own traffic impact study (TIS) presented to the Zoning Commission anticipates 31,000 additional automobile trips to the site each day added to the existing 38,000 daily on polluted (highest pollution level recorded in DC), N. Capitol. Where ambulances and fire trucks are forced regularly to jump the median and blast dangerously into oncoming traffic, to reach 7 local hospitals.


The "walkable" neighborhoods of EYA proposed "McMillan Town Center" an artificial place like National Harbor, will bring 24,000 mass transit users per day, requiring 600 bus shuttles to the Brookland metro, ten short blocks away, the development would be the 14th largest metro station if it had a metro, and the only consistent supporter of this mega plan is "The Coalition For Smarter Growth", funded by VMP. What would "dumb growth" be like?


The decision to take this PUBLIC TREASURE, mystical open historic site with gorgeous sunset views, and literally give it away to private  profit making corporations, the decision, never in any way included the "OWNERS", the citizens, to make this judgement. Three of the City Council members with oversight were convicted felons.  Mayor Vincent Gray, who pushed this right over public opposition was "elected" as the result of upwards of


$1 million in illegal campaign donations, he ran a "shadow campaign" and was even allowed to never, never answer for these crimes by the Federal Prosecutor, "test my resolve" Ron Machen. Council-member Michael Brown, who headed the Economic Development Committee, which was conveniently dissolved and placed under the Mayor,  before his sentencing said "it was hard to resist the culture of corruption in the council".

The 50 buildings, 6 paved private streets, almost 3000 asphalt parking spaces, planned to crowd into this GREEN  gem on N. Capitol, is objectively a hideous brutalist set of boxes (www.envisionmcmillan.com) with absolutely no relationship to the National and DC designated historic site it will pave over, and violate preservation requirements of DC and National Historic Preservation Acts and violate Historic Covenants in the deed, agreed to by DC on purchase from the Federal Govt. in 1987, binding and in perpetuity. There was never in any way ANY public participation in deciding this deal and all its immoral, manipulative and law stretching plan, not a word was ever offered to the owners US, no vote, no forum,no poll, no referendum, no "great weight", nothing. Never a single Council-member seriously listened to any public input on numerous viable alternatives including the Catholic University Prof. Gusevich plan shown to every agency, anc, NCPC, Committee of 100, and Federal Committee on the Fine Arts, Zoning, HPRB and ignored. This massive use of public land and money in $100's of millions, dictated period!

Marion Barry was listed voting "approval" of the December 2014 unanimous City Council vote to "surplus" OUR McMillan's invaluable 25 acres to VMP. Marion  Barry had died in November, but it's NOT FIXED!


Council-member Cheh listened to our testimony about adaptive re-use to grow tons of food in the 20 acres underground (the food production system that might just save this planet) and save the entire unitary surface park for all our people, she was so excited about it we never heard from her again. She told me my adaptive re-use ideas were "inspirational", then proceeded to vote for the "Monstrosity on Michigan Avenue" with no discussion at all.. http://youtu.be/ILzWmw53Wwo


When we had an interview with Council-at-large David Grasso about our urban agriculture he said "McMillan don't go there", perhaps the one appointment the VMP/Trammel Crow lobbyist, The Carmen Group, had with Grasso, that cost VMP over $100,000 (BEGA disclosure) impressed him more than saving the park, urban agriculture or the numerous other necessary public use for OUR land. If Washingtonians decide to found this park, like Central Park in NY, posterity will benefit, the urban environment will benefit, not just VMP private profit for luxury housing, and if you believe the absurd lie that the DC government needs revenue, google (Municipal Expenditures per Capita state or city), we are 6 times richer than any other govt. in the  United States!!  6 times richer! ...wonder where that money goes?


Please join us to do something meaningful and urgent in our fight to save McMillan Park, by turning out this Wednesday (October 17) at 9:30 a.m. at the D.C. Court of Appeals for a crucial hearing on the preservation component of our long-standing legal battle over McMillan's fate. We know that your presence will let the judges know that this is not a minor legalistic contest but a grassroots struggle that has widespread support from citizens in the park's immediate community and city-wide.


The court is located at 430 E Street N.W., directly across the street from the Judiciary Square Metro station. Please note that construction is going on around the courthouse, and you may have to ask for the correct entrance. Further details about what's at stake in this hearing are in the press release below from Friends of McMillanPark.


We will provide a yellow tag for you to wear that will identify you as a supporter of Friends of McMillan Park. We want the judges to look out on the audience and see a sea of yellow tags! Come for all or part of the hearing, but please show up!

FOMP and McMillan Case Return to Court on October 17th: Press Release Dear Friends of McMillan Park,             This morning we issued a press release concerning our October 17th date to present oral arguments before the D.C. Court of Appeals as we return to that court challenging the decision of the Mayor's Agent on the remand questions. The content of that press release is below, and the original version is visible on a local blog, here. 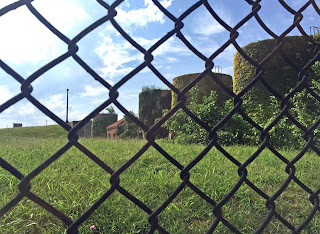