I attended this morning's DC HPRB hearing regarding the development plans for 1634 North Capitol Street NW.

Two people presented at today's HRPB hearing: Syga Thomas and James Buckley of Maedwell Companies.  The architectural renderings presented today were not shared with the HPO or HPRB prior to today's hearing.

I took pics of the images presented at the hearing.  The developers advised that these renderings will be changed as a result of today's initial HPRB feedback.  There were no renderings of the rear of the property.

First, let's review the set of buildings on this block, from south to north

Note that this block is part of the Bloomingdale Historic District.

The building is presently three stories -- first floor office with residential in the above two floors.

The plans are to change a loft to a floor.  The rendering presented at today's HPRB hearing shows five floors of windows. The existing cornice would be installed on top of the five stories.

The intent is to merge the two lots of 1634 and 1644 North Capitol Street NW into a single building.  Note that merging (and subdividing) lots does not require any community review or input or even explicit community notification.  Merging and subdividing lots is not impacted by the historic district designation.


There were two presentations of the front of the proposed building -- one with lighter-colored brick and another image with grey/black (painted) brick.  The HPRB did not speak favorably about painted brick in general and about the grey/black painted brick in specific.

HPRB member Outerbridge Horsey did not like the fenestration. Something like there is nothing that says that this is in Bloomingdale.  It looks like any building anywhere.

One HPRB member expressed concern about the height next door to Engine Company 12 and would prefer that it be stepped down.

The developers have not yet met with the community.  HPRB Chair Marnique Heath asked that the developers meet with ANC5E before they return to the HPRB.  The developers indicated that they have reached out to the ANC5E chair and the SMD commissioner, with no response to date. There was no explicit mention of meeting with the Bloomingdale Civic Association.

The HPRB voted to support the general concept.

Look forward to this project being scheduled for future HPRB hearings.

Here is the current set of buildings on the 1600 block of North Capitol Street NW, westside. 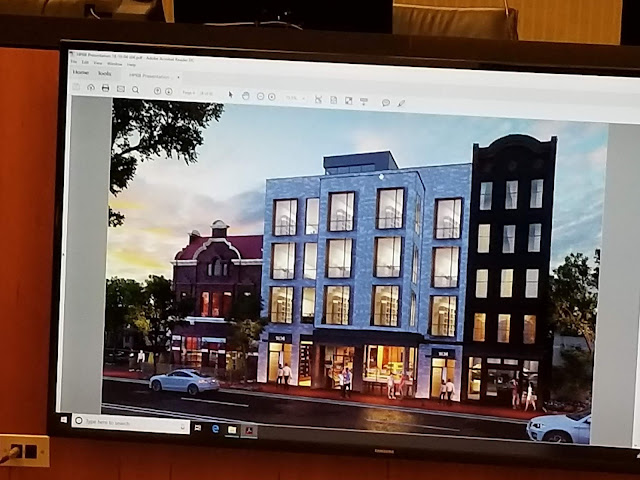 A tentative rendering with light-colored brick. 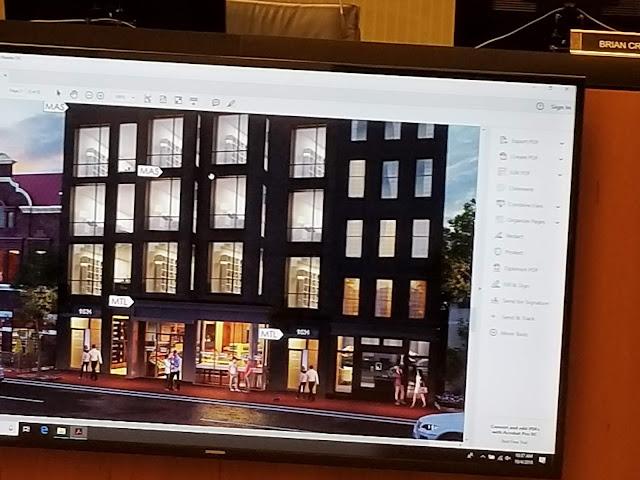 A tentative rendering of the building with dark grey/black-colored brick. 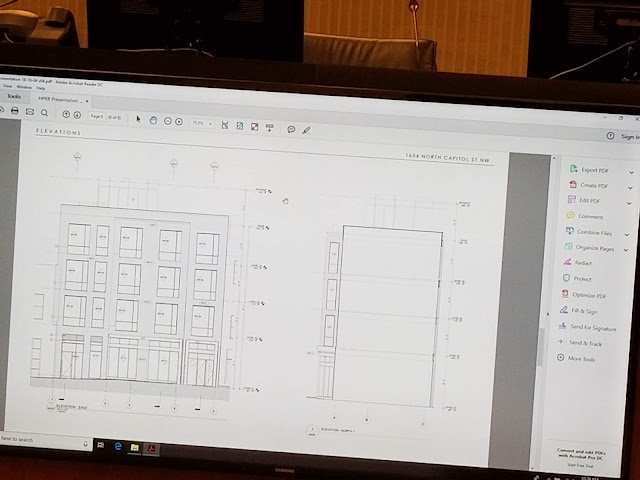 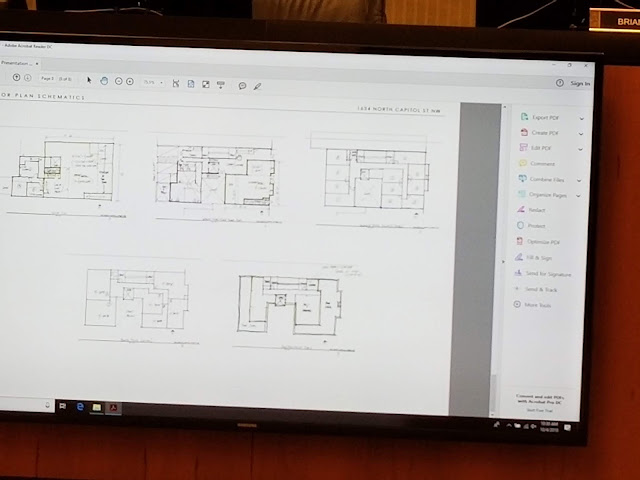 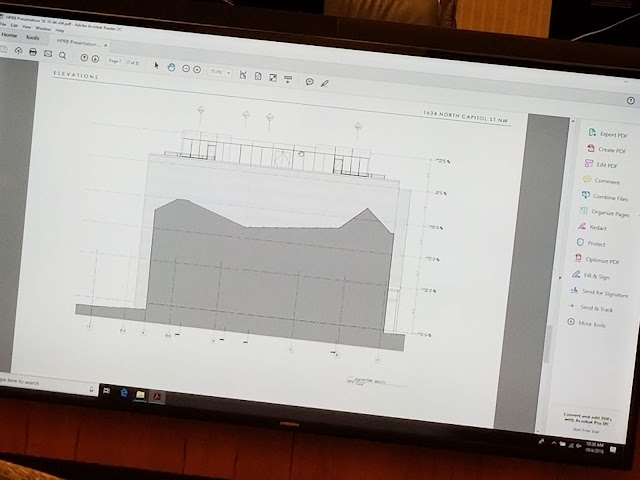 Other architectural renderings presented that were not really discussed. 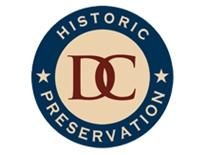 Posted by Scott Roberts of Bloomingdale at 3:34 PM