Urban Turf reports that all Flatiron units under contract 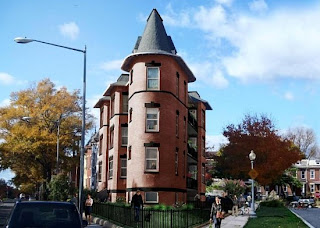 See this item from Urban Turf:


All Units at The Flatiron Now Under Contract
July 14, 2011
by UrbanTurf Staff
http://dc.urbanturf.com/articles/blog/all_units_at_the_flatiron_now_under_contract/3801

The eight units at The Flatiron (http://dcflatiron.com/ ), a boutique condo project that recently delivered in Bloomingdale, are now under contract.

The units were priced in the $200,000s and low $300,000s, and sales, which were handled by Urban Pace, went remarkably fast given that the project officially hit the market just about ten days ago. Earlier this week, Housing Complex reported that half of the units had found buyers
(http://www.washingtoncitypaper.com/blogs/housingcomplex/2011/07/11/news-bits-14th-street-h-street-bloomingdale/ ).

Bloomingdale is a neighborhood where single-family home renovations have become quite popular in the past couple years as home buyers have leveraged an attractive housing stock that just needed some TLC. However, the area is not known for having many multi-unit condo projects, largely because the building stock and zoning in the neighborhood does not allow for the property type.

The apartment building at 143 Rhode Island Avenue NW (map) that is now The Flatiron had sat vacant for six years prior to developer CAS Riegler turning it into an 8-unit project over the past several months. Working with the Capitol Hill-based PGN Architects, CAS Riegler kept most of the structure of the apartment building intact while giving the interior a ``Level 2 renovation``, DCRA-speak for a renovation where no major changes are made to the existing structure or building layout.

``The Flatiron sold so quickly because it offered homes at affordable prices in one of DC`s upcoming neighborhoods,`` Urban Pace`s Jeremy Aldridge told UrbanTurf.

Posted by Scott Roberts of Bloomingdale at 6:42 AM