The draft minutes of the Thursday, 12-06-2012 ANC 1B meeting were distributed today.

There is one item in the ANC 1B draft minutes regarding the McMillan Sand Filtration site: 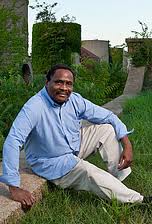 McMillan Reservoir
Action: Motion to request a postponement of the HPRB hearing December 20, 2012 until ANC 1B has an opportunity to review the revised master plan and design guidelines in order to provide its great weight and designate Commissioner Tony Norman to present the ANC’s position at the upcoming hearing.
Motion made by: Norman
Vote: Unanimous

Posted by Scott Roberts of Bloomingdale at 8:42 PM