WaPo: "Mayor, DC Water against council plan to reimburse NW flood victims", that is, in Bloomingdale and LeDroit Park

Bloomingdale in the news again! 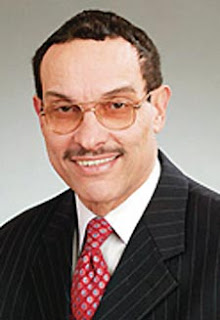 hritewing
12/15/2012 8:29 PM EST
The Bloomingdale neighborhood has been flooding for years. Only now that we have a large concentration of whites living in the neighborhood are we moved to raise fees in an effort to make infrastructure improvements on an aging system.
LikeLiked by 4 readers · Reply · Share

dcchamp3
12/15/2012 7:55 PM EST
That is because they are responding to a chronic problem with a ``knee-jerk`` solution and the best way to fund the reimbursement of residents in that area of town is to create an additional water tax the revenue of which would reside in a relief fund.

Great we have a flood and residents can get reparation from that fund due to a bad infrastructure. Repeat this a few times and the fund is depleted. Residents get up in arms and members of council come up with another brilliant idea. Let`s increase the water tax and generate more revenue for the relief fund to reimburse my residents.

Short-sighted and a remedy that does not address the PROBLEM!~
LikeLiked by 1 reader

Hard work and too much thinking... for whom? You bring out at least 2 elements that solve problems. Not everyone is cut out for the job. The aging infrastructure we speak of here has been in place for centuries in some places. So lets see... now we ought to go back and get rid of Mayors that did nothing about the same problem... Again this is not the answer.
Like

I do agree that you should not have to be the insurer of residents in any area of town.

However, a problem in any part of town affects us all. Hope that you or anyone that you care about doesn`t accidently ends up on the road in that area during a storm and get your car completely flooded out!

There is a problem but let`s work together on a longer term solution to the problem.
LikeLiked by 1 reader

Rider789
12/15/2012 11:02 PM EST
@DCChamp3 I live in an area which regularly floods unless DPW clears out the drains beforehand. And guess what? When I learned that flooding is a problem, I BOUGHT INSURANCE!!! I`ve had my car flooded and guess what? I PAID TO GET IT REPAIRED!!! I didn`t ask anyone to bail me out. I don`t expect the government to bail me out every time I have a problem.

Funny how when ``some`` people ask for help, they are called free loaders and lazy, but when ``other`` people fail to properly prepare and want the government to help them, they are called ``victims``. IJS
LikeLiked by 1 reader

dcchamp3
12:37 AM EST
Never said you should bail anybody out! Said that DC is our town so we all need a solution and the tax is not it.

Rhode Island avenue is a major roadway where emergency vehicles traverse the city NE to NW where the hospitals are.

If you read the post what I am saying is a solution is needed but a real one that is not a bandaid over a bullet hole.

Giving people money for their losses does not fix the pipes only the squeaking!

The infrastructure is broken and just like PEPCO and power outages it will happen again. Having insurance is a good thing but if your neighborhood is flooded continually then what happens to your rates? After your rates rise the next step is you get dropped.

I`m all for a solution but a real one!
Like

IAmNotALiberalDemocrat
2:08 AM EST
dcchamp3, have you lost your freakin mind? D.C. residents shouldn`t have to be the insurer of residents in Bloomingdale. This is what flood insurance is for. People should have did their research before moving to this area of the city purchasing a home or Condo. As a Ward 4 resident, I am outraged over this stupid legislation.

The infrastucture throughout the city is shot! The worst of the worst is in Bloomindale. When it rains they get screwed.

So let`s make this generation of DC residents pay now for what was not done to upgrade the system for centuries so that Bloomingdale residents can get reimbursed.

First that dose not fix the flooding problem.

Second, once you do that would you be willing to pay when the Gold Coast floods or SW or SE. I can just hear the people in Bloomingdale and SE say that they would be happy to pay residents in Ward 4 for damages they incurred due to flooding.
LikeLiked by 1 reader

underb87
12/15/2012 8:45 PM EST
in terms of what gray has done as mayor he is doing great crime is down schools are better we have a surplus of cash unemployment is down those are major things people judge mayors by money crime schools and unemployment ... now the way he won elaction is another story but what he has done in office is good
LikeLiked by 3 readers

How many people under the scrutiny this mayor has been under would continue to get up in the morning and do the job he was elected to do?

There has been so much attention given to who did what and when and so little on the right things that have been done. Trash picked up? Street lights on? Leaves picked up? Snow removed? Housing values up? Unemployment down? More jobs created? Economic development plan? New bike lanes (L street)? New convention center hotel? Bars open later?

Is everything perfect here? Of course not. Hate the speed cameras and despise the fines. Not crazy about bikes (unregulated) on roadways not a good mix with cars especially in the declared worst driving city in the nation (result?). The CFOs office is out of control.

None of that matters. Most still love it here in DC and more should do more to make it a better place instead of waiting for somebody else to do it for you.
LikeLiked by 1 reader

Let`s say blueleadermike is accused of doing something illegal but has not been proved by the local prosecutor much less charged. Mr. Mike hires a lawyer and under advise of counsel says nothing about pending litigation. Mike listens to his lawyer and under presumed innocence continues to go to work and do his job.

Then we should all join in and say ``Toxic waste`` is hard to get rid of!

This is America dude, the greatest country on the planet!
LikeLiked by 1 reader
Posted by Scott Roberts of Bloomingdale at 7:55 AM

Comment - This bill is for all District residents, not just Blooningdale and LeDroit Park.

Question - If the bill passes on Tuesday, do you think the Mayor would veto it?

Question - How many basement owners have renovated since 1987 and were told by DCRA to install a BFP/BWV?

$.30 cents a month...$3.60 on average more a year to help out hundreds of people who have flooded over and over and over again, fellow Washingtonians, and all these people above are complaining...Gosh why am I not surprised. The reimbursement fund isn't the perfect solution but it makes people whole when it is clear DC Water is going to go to the mat with lawyers and such if people file suit...Sometimes the selfishness and lack of humanity in this city is staggering.