From the Washington Examiner: 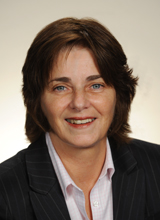 The D.C. Council has given its final approval to a plan that would add up to 30 cents a month to District residents` water bills.
Lawmakers agreed to the creation of a $1 million flood relief fund that would reimburse residents for property damage caused by sewer line backups between June 1, 2012 and Sept. 30, 2014. The council turned back an effort to cap relief at $2,500 per customer, and a fund manager will be responsible for determining how much individual residents receive.
The city will raise money for the fund by assessing a fee of up to 30 cents a month per ``residential unit`` on all D.C. Water customers.
``I want this fund to mean something,`` said Ward 1 Councilman Jim Graham. ``People who have raw sewage in their basement want to believe there is going to be a meaningful and adequate government response.``
The proposal came in response to widespread flooding in the city`s Bloomingdale and LeDroit Park neighborhoods earlier this year that caused extensive damage, though any customer in the District with losses during the law`s time period could apply for funding.
Mayor Vincent Gray has opposed the relief fund.
In a letter to lawmakers Tuesday, Gray cited his ``grave concerns`` and noted that his administration announced plans on Dec. 7 to upgrade infrastructure to prevent future flooding incidents.
And Ward 4 Councilwoman Muriel Bowser wondered whether the measure would be effective.
``I don`t know how many people you can really help with $1 million,`` Bowser said. ``I`m just not convinced that this fund will ever be able to do what it claims.``
Bowser, echoing remarks Gray made a few weeks ago, questioned whether the local government should be in the business of paying for disaster relief.
``We can`t set up a system where people don`t go to their insurance companies and instead go to the government,`` Bowser said.
Ward 5 Councilman Kenyan McDuffie, who represents some of the areas that were flooded, said he didn`t think the proposal was a slippery slope.
``I don`t think we should hide behind setting a bad precedent,`` McDuffie said. ``It`s very unlikely something like this will happen again.``

The council approved the measure by a 12-1 vote.
Ablinder @ washingtonexaminer.com
Posted by Scott Roberts of Bloomingdale at 11:51 PM