WBJ guest commentary on Bloomingdale getting its "deserved historic status"

This is subscriber-only content from the Washington Business Journal.

The link to the guest WBJ column is provided, but unless you are a paid subscriber, you won't be able to read it.

I have provided the first few paragraphs for you.

Past is Present: At long last,Bloomingdale gets deserved historic status

After years of community-led effort, Bloomingdale is D.C.’s newest historic district. The Historic Preservation Review Board voted unanimously July 26 to designate most of the neighborhood, recognizing Bloomingdale’s significant social and architectural history.
This was, in no uncertain terms, a tremendous community effort. Regardless of the blogs, the emails and the testimony, this was an earned historic district. Residents who sought recognition and protection for their community saw how D.C.’s new zoning changes didn’t protect their interests — pop-ups, turret removals, mansard roof alterations that were approved by the Board of Zoning Adjustment just set the tone that the new “special exception” process wasn’t so “special” after all. An historic district was the means to preserve the historic and built integrity of this very hot urban neighborhood.
When DCPL was approached about the historic district in 2015, we knew it was something to be fought for. We acted as fiscal sponsor, accepted donations on the community’s behalf and received grant funds from the National Trust for Historic Preservation that were applied for by the community. This was not an effort on behalf of just a few NIMBYs, but that of a well-organized coalition that perceived threats to their neighborhood — and acted accordingly.
...


Rebecca Miller is executive director of the D.C. Preservation League and writes the Past is Present column for Real Estate Inc. Extra. 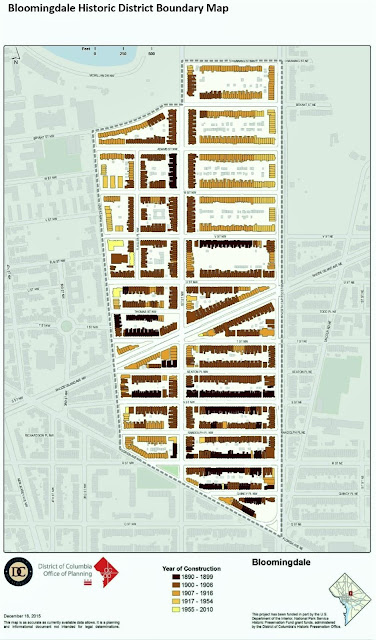 If this piece were any more of a fluffer for the Preservation Society and BCA, it would be X-rated.

I mean, Scott is basically a fluffer for the Preservation Society as well so it makes sense. While he seems to run this is an unbiased source, he and the other historic coalition (Joe, Betsy, etc) were out there trying to stay under the radar and screw their neighbors. Thanks Scoot!

Anon’s critiques / attacks are harsh but I admit they are shockingly entertaining to read, from an uninterested bystander nonparty point of view. Only wish it weren’t cowardly anonymous, since the statements themselves are so personal and identify members of the community by name...