lost cat on the 1800 block of North Capitol Street NE 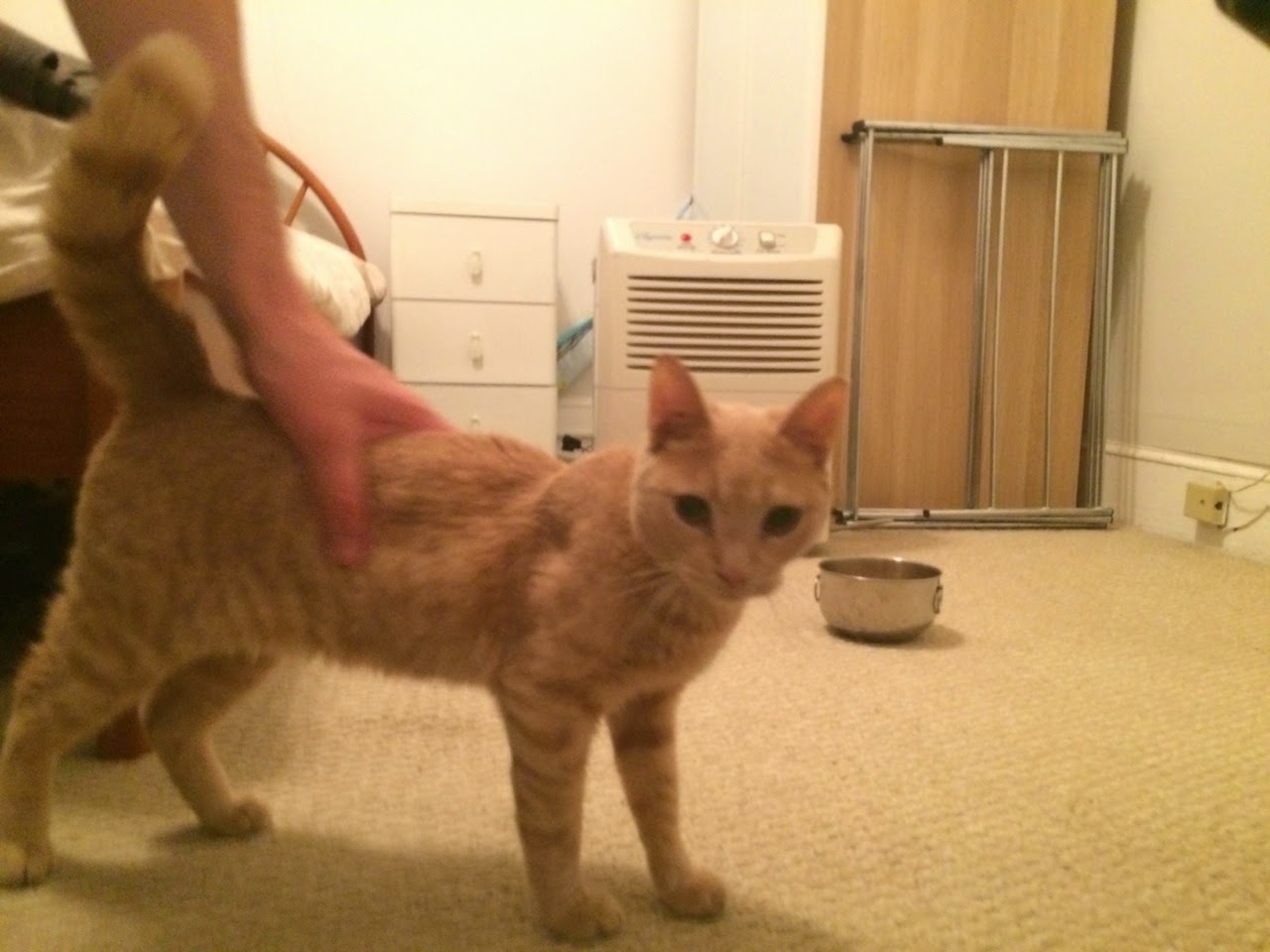 Here is an update on the cat:

Thank you - the owner reached out and is now reunited. Success!

Posted by Scott Roberts of Bloomingdale at 11:05 PM 1 comment: 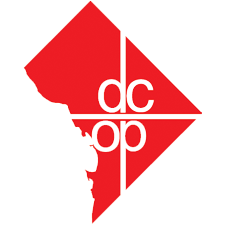 by David Alpert   •   June 30, 2014
In neighborhoods like Mount Pleasant and Columbia Heights, people have been converting row houses to 3- and 4-unit condo buildings. Should zoning stop this practice? It would under a new proposal from the DC Office of Planning, but not all of DC's zoning commissioners were enthusiastic about the idea.
This proposal would apply to the zones now designated R-4, including neighborhoods like Capitol Hill, Trinidad, Bloomingdale, Logan Circle, Columbia Heights, and Park View. Today, it's legal to have two separate units in one of these row houses, but not more unless the lot is particularly large.
OP's proposal would take away the ability to have more than 2 units at all. It would also limit houses to 35 feet instead of 40 (though owners could go to 40 with a zoning hearing) and end the current policy allowing small "mezzanines" to not count as floors.
The Comprehensive Plan defines the R-4 zone as primarily single-family row houses (perhaps with basement apartments), not as apartment buildings. But in booming neighborhoods like Columbia Heights, OP planners say, developers have outbid individual families for houses with the expectation that they could get BZA exceptions to make the building into a multi-unit condo and add on to the top and back.
Zoning commissioners worry this may reduce housing
OP Associate Director Jennifer Steingasser presented this plan to the Zoning Commission, DC's part-federal, part-local board which has the final say on zoning, on June 9. Commissioner Marcie Cohen asked whether this change would reduce the amount of new housing that can get built in the city. She said,

A major concern that I have is the need for housing, and that's usually the need that's brought before us in the BZA cases. It's adding housing. And no one seems to appreciate density, yet we have the infrastructure in certain neighborhoods for density and I guess I'm in favor of taking advantage to provide the needed housing that we have in the city. How do we balance that?

Steingasser laid out the arguments, and said,

It's just a balance. We're trying to encourage housing, by all means, but we would rather it not be in the single family and at the expense of the historic row houses, that it be geared more towards these larger lots or into these higher-density, multifamily, commercial mixed-use areas.

Something of a debate ensued.

Chairman Anthony Hood: I'm glad to hear you say that, Ms. Steingasser ... While I understand the need, there are a lot of folks in this city who bought in their areas for a reason. ... Do we just throw everybody on top of them or do we kind of balance that out? ... While there is a need for housing, we have to be delicate with that because in this city who's been there a long time, they spent a lot of money in purchasing their homes which is their biggest investment, and they didn't buy into that.
Comissioner Rob Miller: That's why there are five members on this commission, because it is a changing city, it is a growing city, and where you tip the balance—does two to three [units in a building] really change the character of a neighborhood? I don't think so. But maybe others do.
Steingasser: This is coupled with the new RF zones that we're proposing that do allow for more than 2 units. And where those get mapped will accommodate that. So it's not ensuring an amberification of all R-4, but allowing some areas to have more and some to have less.

,,,
Despite appearances, this doesn't deal with pop-ups very well
...
This specific proposal doesn't even address many of the complaints people have. This is mainly being billed in the press as a move to stop pop-ups. The lower height will deter some of the worst pop-ups, but it isn't going to stop people from adding a third story onto a 2-story row house in a place like Trinidad and the biggest objection is usually that the pop-ups are cheaply made and ugly. A design review process may be better than a zoning limit. Nor will this do anything about many of the more infamous pop-ups, likethe one on V Street, which is in an ARTS/C-2-B zone.
...
Posted by Scott Roberts of Bloomingdale at 2:43 PM 1 comment:

You all read my Saturday, 06-28-2014, assessment of the DC Office of Planning proposal on pop-ups, which would impact Bloomingdale?

I dropped Jennifer Steingasser of the DC Office of Planning an Email over the weekend to see if my assessment was accurate. 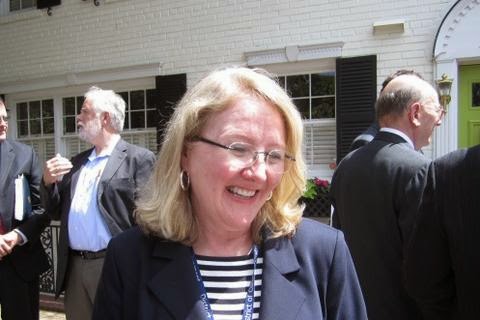 You can see her reply below:

Scott,
Thanks for the email.  You are accurate in your summary.  The OP proposal to amend the R-4 zone would:
1)      Reduce matter of right height to 35 feet from 40
2)      Limit the number of residential units to two in residential buildings and allow conversion of non-residential buildings only by special exception
3)      Include mezzanines within the number of floors
The proposal did not include any changes to lot occupancy.
The proposal is to the existing regulations, so the amendments would become effective sooner than the ZRR; and if adopted by the Zoning Commission, the amendments would also be reflected in the ZRR new regulations.
Jennifer
Jennifer Steingasser, AICP, Deputy Director
Development Review and Historic Preservation
DC Office of Planning
1100 4th Street SW, Suite E650
Washington, DC 20024
ph: 202-442-8808
fax: 202-442-7638
www.planning.dc.gov
Posted by Scott Roberts of Bloomingdale at 11:18 AM No comments:

Posted by Scott Roberts of Bloomingdale at 10:43 AM No comments:

You can read the earlier Bloomingdale Neighborhood blog post here.

Office of Planning Neuters Zoning Update, and Then Some

Posted by Aaron Wiener on Jun. 30, 2014 at 7:30 am
...
But the Office of Planning has gone even further, proposing to impose new restrictions on additions to rowhouses and reducing many neighborhoods' potential for residential density from what's currently allowed.
The office wants to cut the permissible height of buildings in rowhouse neighborhoods from the current 40 feet to 35 feet. Anything beyond that would require special approval from the Board of Zoning Adjustment. Such approval can be costly and time-consuming.
Some residents will no doubt cheer the proposal, given the outrage over certain unattractive additions to rowhouses, known as pop-ups. And the change would indeed give the city some control over the aesthetics of pop-ups: If a rowhouse owner wanted to build above 35 feet, he or she would have to win approval from the BZA, which could weigh in on visual grounds.
But other homeowners will surely be upset if they bought a house thinking they could build an extra floor up to 40 feet, only to be told now that they can't without hiring a lawyer and going before the BZA. Some might scramble for building permits to make the additions before the new rules take effect.
Likewise, the new proposal would restrict the ability to convert a rowhouse into multiple units without special permission. It would also eliminate the earlier proposal to allow accessory dwelling units in converted garages and carriage houses as a matter of right, instead requiring a special exception for these units.

Office of Planning Interim Director Ellen McCarthy says the changes came in response to public criticism of pop-ups and of the proposed changes to parking regulations. "The overarching thinking was trying to be responsive to so many of the concerns we’ve heard over the past couple of years," she says.
...
There's also a provision to ban camping on alley lots in rowhouse zones unless they receive a special exception. That's apparently in response to the cluster of tiny houses that's cropped up in an alley triangle in the Stronghold neighborhood, to the annoyance of some neighbors who used to park their cars there. The owners of these self-built homes aren't currently allowed to reside there. The people behind the tiny house project hoped that the zoning update would make it easier for people to live in alley dwellings; instead, this change could make it harder.
...
Still, McCarthy maintains the latest version would promote more sustainable growth in the city. "I think our policy is still basically one where we're still committed to smart growth, we’re still committed to being consistent with the goals that were set in the comprehensive plan," she says. "But where there are real concerns that have been raised by people who’ve testified before the Zoning Commission, we’re trying to make sure we’ve been responsive to them."s
Posted by Scott Roberts of Bloomingdale at 8:32 AM 1 comment:

Posted by Scott Roberts of Bloomingdale at 8:25 AM No comments:

Posted by Scott Roberts of Bloomingdale at 7:57 AM No comments:

Posted by Scott Roberts of Bloomingdale at 7:53 AM No comments: