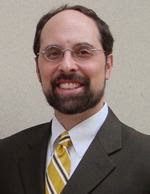 From: john.salatti@gmail.com
Date: Tue, 22 Jul 2014 15:09:47 -0400
Subject: Re: ... Concerned Residents of First Street - Status Update
Thank you for your thoughts, Amelia.  Between what you are noting and what Sherry and Angela presented at last night's BCA meeting, I must frankly say that I am very disappointed with DC Water's handling of things.  And I know we have a few DC Water people in this e-mail distribution so know that I am speaking quite candidly.

I have always understood that in this project, as hard as many of the DC Water folks seem to try, their first loyalties are to the company and the project.  We as residents would always come in a distant third if that close.  But even understanding that from the get go, I thought DC Water would be giving us a better shake than what we've been getting.  And by "we" I particularly mean those of you directly in the path of the most serious construction.  I have worked with DC Water continuously for 8 years now and they remain, by far, the most responsive of any public utility or government agency that I deal with.  But even so, the number of issues that continues to arise and the regularity and persistence of them surprises me.  Perhaps I underestimate the difficulties that DC Water and its contractors face.  But I don't think so.  They have no lack of money, people, or expertise involved.  And I have seen over the years how much we can accomplish with very little of all of those; so I am not overly empathetic to excuses.  In general, I feel that DC Water and its contractors can do better than they've done.  But despite the efforts of the very nice people we generally see face to face, clearly someone in the chain of command does not want to do better either because of money, arrogance, laziness, or some combination of the three.
One minor example came up at last night meeting, the whole issue of suspending street sweeping.  The refusal of DC Water to make that happen confounds me.  We are in the midst of the biggest parking crisis this neighborhood has ever seen, despite the addition of the Alternative Parking Areas.  And yet DC Water has either refused or is unable to ease the situation by asking DPW to suspend street sweeping for the rest of the season.  I don' t get it.  I was able to get DPW all on my own to do that when DC Water was doing water line replacement work on the unit block of Adams Street several years ago and the residents were getting tickets left and right on street sweeping days.  So DC Water's excuse can't be because such a suspension is bureaucratically hard to do.  I don't have that much clout.  So I would ask that our commissioners and the Bloomingdale Civic Association make a straight forward request directly to Bill Howland at DPW to suspend street sweeping for 2014 and then re-evaluate next spring.
And the street sweeping is just one example where we are not being paid any mind.  The problems with stop signs, the travel lanes at First and V, the ripping up of concrete with the most disruptive methods, the width of trucks in the alleys, the placing of the companies' convenience far about that of residents, etc., etc., etc.  are appalling and are only likely to get worse.  And if the city goes forward with its development team at McMillan, God save us from the havoc that project will foist on us.

Speaking of the city, let me note that my disappointment does not end with DC Water.  That same lack of poor treatment extends to Washington Gas (by far the worst actor among all actors in this project) and the government of the District of Columbia, especially DDOT, the Mayor's Office, and our Councilmember.  All these parts of the government should have our backs, but they continually make clear that we are not the big concern.  We get handwringing.  We get lip service.  We get reactive responses when we harass them.  This project is so huge that all of these entities should be monitoring and protecting neighbors from the kinds of abuses and injuries that people have experienced.  Instead, we get vague letters and unkept promises.  And if any of those entities takes offense at what I have said, so be it.  Feel free to prove me wrong.  They have been slow to react, slow to help, and slow to protect neighbors' interests. I (and several others I'm sure) am happy to marshal evidence of their neglect any time they want to debate the matter.
So, neighbors, we still can make use of the First Street Tunnel Forum (next week.  I suggest that perhaps we as neighbors need to take a more assertive stance with DC Water team.  That might require meeting before the forum meeting to prepare a clear series requests that Tunnel Forum members can then advocate for and vote at the meeting.
But I also suggest that the time has come for groups of residents band together (e.g., the First Street Tunnel Concerned Citizens or the Bloomingdale Concerned Citizens (mainly based near Flagler and Adams) and consider hiring legal counsel or finding an attorney in the neighborhood to engage all these entities.  Such an effort would not be cheap in the short run, but could pay off big in the long run, either my avoiding problems or getting them resolved much quicker and with less frustration.  Although I am usually reticent about having to taking this tougher stance concerning neighborhood issues, sometimes entities like these need to know that a group of people does not play and is not to be messed with.  We have done very well on our own, but this project is going to be continuing for a couple of years and perhaps more specific help is needed to ensure that people's needs are heard and quickly and appropriately addressed. Otherwise, the problems we have been experiencing will only get worse.

And if the city goes forward with its development team at McMillan, God save us from the havoc that project will foist on us.
Have a great day,
John

Again, for the benefit off our DC Water readers, DC Water does a much better than average job of trying to reach out and address neighborhood concerns.  Assigning this project to Tom Lindberg is an example of that effort.  Nevertheless, the complexities and costs of this project have continually left DC Water and its partners in DC Government either flatfooted or doing things in direct contravention to the needs and clearly articulated positions of the people most affected.
I have neither the time nor the desire to try to figure out, much less ascribe, motives.  I frankly don't care whether the motivations for the decisions that are being made arise from good intentions or bad ones from the point of view of the residents of Bloomingdale.  The bottom line is that the process is not working.  The contractors are not being supervised and penalized appropriately (e.g., last week, work goes on at Flagler & U  No Parking signs go up day off work and contractors get huffy with residents when residents tell them to stop shaking their houses because no one thought about using the least offensive method for ripping up a street or alley).  The contractors think that they can act with impunity, and most of the time they can because neither supervisors nor DC government agencies nor DC elected officals are monitoring this sprawling project or holding anyone accountable.  DC Water is continually left scrambling trying to play catch up and react to problems instead of taking a much firmer position with their contractors that such behavior or such poor decision making will not be tolerated and making that stick by firing a few people if that is what it takes to get the message across.
So again Amelia, the time to lawyer up may have arrived.
Good luck.

Posted by Scott Roberts of Bloomingdale at 3:53 PM

Thanks for your great thoughts on this situation, John Salatti. I'm really fed up with the big trucks and cars going so fast on our little residential street (Adams NW has no speed signs going westbound!), all the helicopters that seem to be circulating (checking on progress?), and what is with the drilling noises at 1 am coming from McMillan?