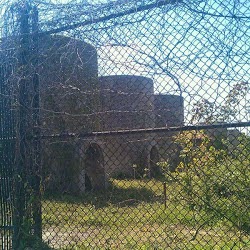 Note that the McMillan Sand Filtration site PUD is one of MANY items on the agenda.

And note that this is NOT a hearing -- it is a meeting.


Posted by Scott Roberts of Bloomingdale at 8:04 AM

The post opinion column should be honest and have a rendering of the monstrous blocks of buildings and not totally eliminate a realistic view of the plan. Opinion , editorial or news item, he excludes all kinds of negatives, but the question of public land for public needs, just goes unanswered, as does gross malfeasance in office, and theft of services..unequal distribution of resources and what any gracious healthy city needs in open and green space. They can't find park space in overbuilt NOMA even with $50 million to spend, so what kind of corruption of sound planning practice covers McMillan with dense concrete buildings , violating all environmental common sense.

"This fascinating site (have you been on a tour?) does not sit there uselessly or keep a barbed wire fence up by spontaneous fabrication. Successive DC administrations have spent $250,000 a year to maintain this barrier. You probably have not enjoyed a tour, including the mystical underground masonry galleries
because your Deputy Mayor for "Planning" and Economic Development has blocked public access to public land, fearing the protective response of hundreds of visitors. You can choose to reward malfeasance in office, abuse of power and theft of enjoyment by your own elected and appointed "officials", I choos e to punish corruption.
They don't own it and their "stewardship" is criminal, $1000 a day for lawn mowing and graffiti removal when upper NW has 5 times the green park space.The city has flushed over $50 million down the toilet on their fence and neglect of our property, already, so don't cry we need revenue.
That park, and sustainable agriculture, a Wolf Trap style outdoor concert hall, a skating rink, a Glen Echo art/performance residency, and anything else people want to do with THEIR PARK is possible. It is being done all over the world, Seattle, New York, Paris, Istanbul, Indianapolis and can be "community owned" as it already is.

Interesting that the Cyber yuppies that are so brilliant with computers, have to beg Nanny state for their food and little plazas and "dog Parks". See to get park space in DC it is better to be a dog. The city government doesn't care about people, or anything east of 16th Street, been this way forever!
Isn't it racial, and economic class discrimination that has made the west section beautiful and the east a hot dense failed infrastructure of raw sewage flooding, and treated like a commodity to this day, to be traded to corporations. Get real, this is a World Capitol and our parks, and community activities should represent that, just like Senator McMillan planned with Olmsted and the Cities Beautiful Movement over 100 years ago. If you want to support the heat island, carbon emitting environmental waste of this fascinating public land for a hideous "National Harbor" God willing you wake up soon and ask how to do much better for your family and children.