update from the unit block of V St NW neighbor whose home was broken into & items stolen back on Tuesday, 07-15-2014


Update - Can we say FRUSTRATED!  12 hours after the violation of my home, I received a message from one of the many electronic devices that the thieves stole.   The GPS tracker showed where the device was located at 10:59pm.   Given the volume and size of the items that were taken, it was clear that the thieves had to have a car, and/or that they had to be very close by.
The GPS tracker showed my daughter's phone beaconing at the corner of my block.  The group of individuals that frequent the North Capital side basement unit was high on my list of suspect.   This unit has been the respite for a number of individuals that have obviously chosen an unsavory path and existence.   As a Information Technology consultant that works at home, it was clear that the individuals who perpetrated the crime, watched as I left to take my daughter and niece to camp that morning.
What is overwhelmingly FRUSTRATING, is that when I presented the police officer with the new and pretty conclusive evidence,  he indicated that there was nothing that he could do. . . . , wtf!
At this stage, I have accepted the fact that much of my family's belonging are gone and never to return.  I am hopeful that I/we can find a way to rid our neighborhood of these individuals.  If you have an ANC,  council,  or other contact who will be able to assist in removing these individuals from the neighborhood,  it would be much appreciated.
As a data communication consultant and smart home wire specialist,  I have now installed security cameras to capture suspect activities near my house and near my part of the alley.  I reached out about a year or so ago, when I received word of a burglary to another neighbor's home near the 1 street NW side of our block.   No one ever responded or followed up.
If there are other individuals in our neighborhood who would like to marshal security resources to help rid our neighborhood of these type of individuals,  please feel free to reach out to me.
Regards,
Your FRUSTRATED neighbor
Bernard
Boliverjr02@gmail.com
P.S.  The video system that I am installing is a Lorex solution, while the  alarm system that I am implementing is an iAlarm system.  Yes, both of these systems provide instant intruder notification via your cell phone.
Here is the original Tuesday, 07-15-2014, message:
Our home on the unit block of V Street NW was the source of a home invasion this morning. 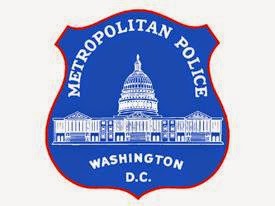 Posted by Scott Roberts of Bloomingdale at 12:42 PM