Click on the link to read the * entire * Washington City Paper article. 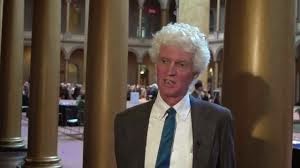 
City officials who conduct public business on personal email accounts must turn their personal emails over in response to a Freedom of Information Act request, according to a recent, first-of-its-kind ruling in D.C. Superior Court.
The July 9 order by Judge Stewart Nash brings the District into line with the majority of states that have addressed the issue, signaling an emerging trend in favor of government transparency—if not an end to efforts to work around disclosure laws.
The case grew out of an effort by Ward 5 residents concerned about the proposed development of the McMillan Sand Filtration site to learn more about the activities of an Advisory Neighborhood Commission member who strongly supports the project.
The D.C. Office of the Attorney General argued unsuccessfully that personal emails from the private account of ANC 5E Commissioner Dianne Barnes fall outside the D.C. FOIA statute, and therefore no search of her account for relevant documents is required by the statute.
Bloomingdale activist Kirby Vining, a member of a group called Friends of McMillan Park, brought the challenge, he says, because his group feels shut out of the decision making process over the McMillan project. "I found that the city is not very open about releasing information, even with a FOIA request," Vining says. "I would have thought that the substance of Judge Nash’s decision was already part of the D.C. rules and regulations about the use of email, but either it is not or it’s not enforced. Either way, I hope this ruling improves the transparency of our government."
... 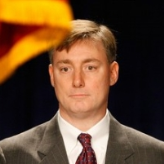