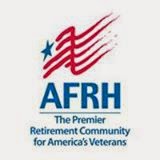 3 things to watch as the FBI headquarters search narrows

This time a year ago, it looked like the search for a new FBI headquarters somewhere in the D.C. area was likely going to come down to just two sites, one in Springfield and one in Greenbelt.
With the General Services Administration getting close to announcing a short list of potential sites — it's expected to happen any day now — it's becoming increasingly clear that the process is anything but cut and dried. ...
...
Here are three:
1. Diminished clout for Virginia's congressional delegation:
2. A setback for Springfield:
3. Additional federal properties: While the District offered up Poplar Point as its preferred site— and a long-shot site it was — several others are also said to be under consideration. They include the former Walter Reed Army Medical Center campus and the Armed Forces Retirement Home's Old Soldiers Home campus. Also said to be in play is the Suitland Federal Center. It's unclear how the economics would work at the Old Soldiers Home, a site that the Armed Forces Retirement Home previously tried to set aside part of its campus under a ground lease in a deal that went south. If it is handed over to the FBI, the Armed Forces could potentially lose the land as a future revenue-generating property, a factor that motivated it to consider seeking developers for the property in the first place.

Posted by Scott Roberts of Bloomingdale at 2:25 PM