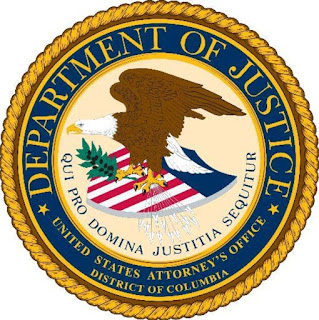 
Please be advised that the below criminal cases occurred in the Fifth District. These cases are scheduled for sentencing during August. If any community group would like to submit a community impact statement, please forward the statement to me at Vanessa.Goodwin@usdoj.gov two weeks before the sentencing.


Pursuant to the statues, the term “community” means an informal or formal association or group of people living, working or attending school in the same place or neighborhood or a group sharing a common interest arising from a social, business, religious, governmental, scholastic or recreational association.  If the statement is being prepared by one person on behalf of the community organization or association, the group or association has to give that individual authorization to prepare and submit the statement on their behalf.


Thank you for your assistance.


On March 4, 2017, Officers Velez, Onoja, and Lea were operating a marked scout car when they received a dispatch in reference to an armed robbery at 61 Adams Street, NE, Washington, D.C. The above listed officers immediately responded to the location of the offense and stood by for a lookout. The 5th
District Dispatcher voiced a lookout for two males with masks and a handgun. The victim flagged down the police officer and advised that at approximately 8:05pm, he was walking on the sidewalk at 2113 Flagler Place, NW when he was approached by D1 and D2. D2 pulled out a gun, pointed it at the victim’s chest and stated ‘give me your [stuff]’. At this time, D1 began patting the victim’s pockets and retrieved victim’s brown wallet with miscellaneous cards and $59.00 in US currency. Both D1 and D2 then fled on foot.


Police officers canvased the area and observed two black males emerge from South alley directly next to 22 V Street, NW matching the description provided by the victim. The victim identified the two men as the people that robbed him. D1 was identified to be the defendant.


Mr. James has a prior criminal history including a felony conviction.


On October 18, 2016 in the 2200 Block of North Capitol Street NE, officers responded to the listed location for a robbery. Once on scene, officers were met by V-1 and V-2. Officers observed that V-2 had a wound on his face that was bleeding profusely. V-1 stated that while she and V-2 were walking northbound on North Capitol St NW, they were approached by the Defendant and Suspect-2. V-1 stated that that the Defendant took out a black handgun and pointed it to V-1’s head and stated "we need phones, wallet everything". V-1 then stated that Suspect-2 tried to approach V-1 and take its stuff at which point it shoved Suspect-2 and started throwing items at Suspect-2. V-2 stated that the Defendant then took the black handgun and used it to strike him in the face causing a laceration to V-2's face and swelling. V-2 went into the street to try and get help and as several cars stopped the Defendant and Suspect-2 walked off heading Southbound on North Capitol St NE without obtaining any property from V-1 or V-2. The Defendant was identified and arrested.


Mr. Salters has a prior criminal history including a felony conviction.

Posted by Scott Roberts of Bloomingdale at 6:30 PM