Bloomingdale resident Thaddeus Thaler made a brief presentation at this past Monday's Bloomingdale Civic Association meeting.

I asked him if he might be able to supply a summary, which is provided below.


Thaddeus Thaler provided the summary below.

Note that the Bloomingdale Civic Association has not taken action at this point.

"North Capitol St. is a major artery in DC, running North South providing key access to Union Station and the Capitol Building. Like many arteries in DC, North Capitol St fell victim to 1960s and 1970s urban planning, creating sever scars along the landscape as portions of the streets were suppressed below the ground plane to surpass east and west connectors. This left a neighborhood with unfriendly pedestrian access through service roads, minimized sidewalk widths, and unattractive disruptive views to the Capitol. This led to many parts of the corridor being, not only, neglected but segregated from the overall cities vision of public space and connectivity.


The neglect and segregation has resulted in racial divides over the past few decades affecting zoning and business development. While specific areas within the BCA jurisdiction have experienced intense gentrification, the goal is to promote stable growth while creating an identity that does not threaten the existing residents. The Overdeck project aligns to the BCA's goals to create “stable, inclusive, multi-racial/multi-cultural neighborhood, and build community identity and sense of place through civic engagement, neighborhood history, and design.”


This specific project will concentrate on the concept of the over deck park between V St and Seaton Pl as a catalyst for the overall vision, resulting in an approximately 3-block long decked park. The North Capitol decking and park project is the major long-term (10-year) recommendation of the BVS Architecture & Design Recommendations report. This park or plaza will reclaim a much needed area for residents to not only enjoy, but to assemble and organize, bringing definition to the community. The goal of this project is to help the civic organizations present to council and other agencies to garner support. This includes consultation, programming and visualization of the community’s goals.


We have contacted the international firm ZGF Architects, a firm that is currently working with Dupont Circle on its deck over project (between Dupont Circle and Q St NW on Connecticut Ave https://ctavestreetscapeplaza.com/ ). One of the architects lives on Crisps Attucks Park. We have provided information to allow them to submit a proposal to their management to provide pro bono services, which would entail architectural design services and capital planning assistance to help us gain buy-in from stakeholders. Once they gain approval, we will present the information to the BCA membership, presumably at the October BCA meeting to seek support." 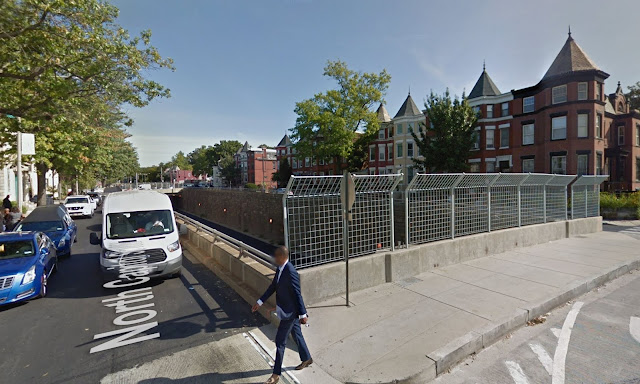 This is a wonderful idea. What if we presented this to the city as a conciliatory measure toward the neighborhood for the McMillan project?

Thanks for your comment, Natalya! Could you elaborate a bit more on what you're thinking?