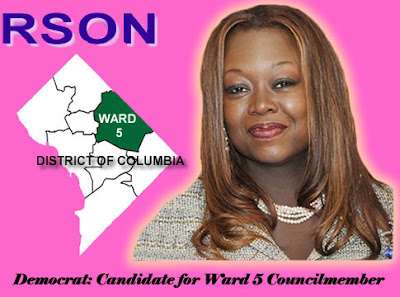 Is a voter education initiative, sponsored by a coalition of six civic associations of the West End of Ward 5 in Washington, D.C.
Bates, Bloomingdale, Eckington, Edgewood, Hanover, and Stronghold Civic Associations

C.O.V.E. was established in 2006 as a neighborhood coalition to empower and to educate the citizens of Ward 5 within the said civic association boundaries (who were otherwise left out of major outreach and educational opportunities) about the mayoral and Ward 5 Council electoral process.

■The historic neglect of the ``West End`` of Ward 5

■The increasing influx of ``new residents`` to the neighborhood – some that may lack general knowledge about the D C politics and its impact on these communities; and the historical change and needs of Ward 5 in particular.

THURSDAYS with Candidates
Community Forums
March 22 – May 3, 2012
(Please note these are not debates)

P.S. I could not locate a face pic of John Cheeks to post here.
Posted by Scott Roberts of Bloomingdale at 8:21 AM