“VISIONS of a Universal Humanity”   (Premier screening in DC!) 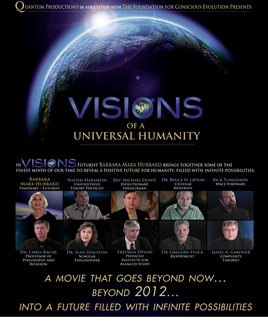 What to bring: Snacks to share.  Favorite pillow, cushion or Backjack floor chair – we’ll be sitting and lying around together on wood floors. Tea will be served.

The Film:
Our monthly Conscious Film Night for November is the DC premier of a film by Samsara House 2023 friend Barbara Marx Hubbard: VISIONS of a Universal Humanity.  VISIONS touches the ‘transcendent yearnings’ of life itself within us; life that when it hits a limit to its own growth either goes extinct or innovates and transforms itself as it repeatedly has done during our great 14 billion year tradition. In VISIONS, futurist Barbara Marx Hubbard will bring together some of the greatest minds of our time to reveal the potential for the next stage of human evolution, the next turn on the spiral of ‘Our Story’. VISIONS will take us across the ‘evolutionary gap’ from here -- a warring, polluting, over-populating species on the brink of self destruction, to there, -- a cocreative, universal humanity at the dawn of the first Universal Age of Conscious Evolution, a future filled with infinite possibilities.  See Trailer: http://bit.ly/8CFf0M
“Samsara House 2023” at 36 R Street NW is an Awareness-based shared community space where Shift happens.


-----------------------
* Samsara House 2023’s strategy is to exemplify a gift-economy over the current market economy, one that values giving over having.  While all events cost at least one dollar to cover our utilities, any additional contribution you make will go towards periodically giving half back to a socially responsible organization or cause in the community in need that you also help identify.  Going together as a river, we build a thriving community of communities and pave the way for a new world, in togetherness.  Samsara House 2023 was founded by Cullen Kowalski at his DC row house in Bloomingdale, New Washington, D.C. and is dynamically governed by Holacracy.  See all our weekly events at:http://coolparties.samsarahouse.org  Add wakeup@samsarahouse.org to your Google Calendar.

To be or not to be, that is not the question, the question is, to Inter-be. ~ Thich Nhat Hanh 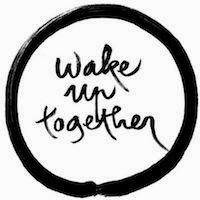 Posted by Scott Roberts of Bloomingdale at 7:18 AM