Highest Home Sale in LeDroit Park or Bloomingdale since 2007 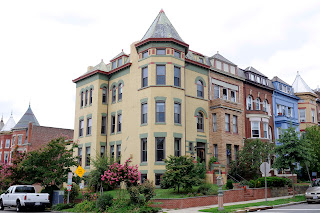 This was actually the highest sale in Bloomingdale proper since 2005.

Here's a snippet from the Good Deal or Not Revisited (GDoN-R) post at www.princepetworth.com:

"Although many people only became aware of Bloomingdale within the past couple of years or so, it’s important to note that the renovation and sales boom had been going on in the neighborhood from the early 2000’s until a price peak in 2006. Prices are just now starting to reach above the point where the price bubble hit. There was some discussion in the comments on the original GDoN post about what it would mean for a listing to sell for over a million dollars in Bloomingdale. There actually has already been a seven figure sale in Bloomingdale, when 2301 1st St NW transferred for $1,050,000. in 2005. Still, I tend to agree with the commenters, that it would suggest a shift in perspective. The Washington Post did a story in 2000 or 2001 when the first house on The Hill sold over a million, which definitely marked a turning point in that neighborhood."

The entire post can be read here.
Posted by Suzanne in Bloomingdale at 12:25 PM