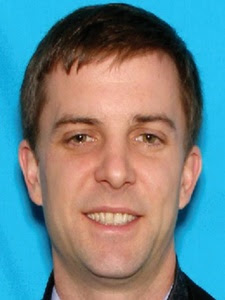 Here is a follow-up post on the arrest in the 01/19/2011 murder of Billy Mitchell -- from the HomicideWatch.org website (thanks for the tip, Mari!).

A $20 robbery may have been the cause of Bill Mitchell`s shooting death in Truxton Circle last January.

That`s according to charging documents made public today just before Anthony Speight, the man prosecutors say killed Mitchell, was presented with a charge of first degree murder while armed.

Speight`s attorney submitted to the government`s facts and did not oppose Speight`s detention while he is awaiting a preliminary hearing.

Mitchell was walking home from the theater on Jan. 19 when he was shot and killed. Mitchell`s family and friends, and D.C. Council member Harry Thomas Jr., said Mitchell was killed while coming to the aid of a woman.
Homicide detectives now say it may be the opposite.
According to charging documents in the case, a man on a bicycle approached a woman near a small park in Truxton Circle and propositioned her for sex. She refused. The man then rode over to Mitchell, who was at a nearby bus stop, and asked for $20. When Mitchell refused, the man argued with him. The woman then came over to assist Mitchell, told the man man to leave Mitchell alone, and tried to call 911. The man knocked her cell phone out of her hand, Mitchell jumped on the man`s back, and he and the man fell to the ground.

During the struggle the man produced a handgun, said ``This is what I have been waiting for,`` shot Mitchell, and biked away.

The arrest was made until yesterday, when MPD announced that Speight would face a murder charge in connection with the case. A person who knows Speight said Speight biked past just after the shooting. When the witness asked Speight to give him his bike, Speight declined, saying police were likely searching for it.

The witness told police Speight had said ``a white man had played with him and was taking him for a joke.``

Speight was ordered held on the murder charge and a preliminary hearing is scheduled for Jan. 6, 2012.

Speight is awaiting trial in an armed carjacking case. That offense is alleged to have occurred just six hours before Mitchell was killed.

Charging documents are below:
[you can click on the homicidewatch.org link above to see this charging document.]
Posted by Scott Roberts of Bloomingdale at 7:10 AM

sounds like this could be a racially-inspired hate crime... that is, if the perpetrator (Speight) is black and shot the white man (Mitchell) because he was white and had played him...