Earlier this month someone who lives near Howard University wrote to a prominent District website with a concern:

Dear PoPville, I had a bad experience with my (well-behaved, chill) dog on Howard University Sunday around noon. We were walking through campus when a group of students started screaming at us that dogs weren’t welcome on campus. One girl yelled, “This a closed campus, I’m going to call the cops on you.” The students continued to scream at us and follow us for around five minutes. Is there a policy against dogs at Howard?


The unnamed letter writer said he or she had lived in the neighborhood for five years, regularly walked the dog on campus, and had never had “any issues.”


A university representative said Howard has no rule banning dogs from campus. But the historically black institution is in the center of a city that has rapidly been growing wealthier and whiter, and whether the letter writer realized it or not, walking a dog through the campus meant entering a complicated debate about race, gentrification and cultural norms.
... 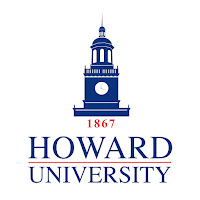 Posted by Scott Roberts of Bloomingdale at 9:29 AM