"if you support the McMillan project, you must be in the developer's pocket" etc 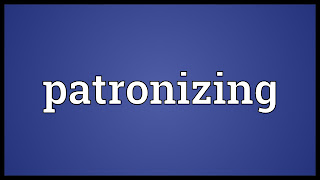 So tired of patronizing/condescension from Save @McMillanPark camp #BloomingdaleDC. To support project, must be in developer's pocket. (1/3)
4:58 PM - 21 Jun 2016
Drew Nilsen ‏@DrewNilsen 4h4 hours ago
(2/3) Or, you only want it for "the pool." Or you support gentrification (despite the fact that less housing = higher rents) @McMillanPark
4:59 PM - 21 Jun 2016

Drew Nilsen ‏@DrewNilsen 4h4 hours ago
No acknowledgement that some of us simply see it as smart mixed-use planning/housing good for DC @McMillanPark #BloomingdaleDC @ggwash (3/3)
5:01 PM - 21 Jun 2016

Posted by Scott Roberts of Bloomingdale at 8:49 PM

Right ok....well it STAGGERS the mind that VMP got the most recent modifications thru the HPRB with no problems at all despite the fact that they look NOTHING like the original, already mediocre plans. All the water installations on the site are now removed (besides the pool) which were central to the notion of the design being fitting because it historically being on a water filtration site. I simply can't believe that there was no protest from the council or the HPRB. Anyway, We KNEW it would be a bait and switch and VMP surely carried through with that expectation....Stay tuned for more. I'm not sure if YOU are in the developers pocket Drew, but i AM sure that HPRB and the council are. There is no other explanation for this crap. I'm sure you'll end up with cement the office park that you want because this is just the beginning.

Thanks Drew...I know there are a lot of folks so support this development, it's the main reason it's moving forward dispite FOM and thier misinformation and tactics!

There is a list of "supporters" on the Fontaine VMP "Plan and Goals". A violation of every ethic there is! Let's get a current list so we can see all the support for "The Monstrosity on Michigan Avenue". please supply list of supporters, the big crowd, that never materialized, except Diane Barnes,
and Rashida Brown, who testifies all alone , over and over, and over, all alone..
Fontaine Company 11 page Strategy document to subvert legitimate REAL opposition.
Goal-"neutralize opposition".
Goal-"shift community dialogue and general perception to that of majority support for VMP plans"
Key Message- "FOM has been hijacked by non-local, special interests and is spreading mis-information", like Todd.
LIKE-- 31,000 additional cars per day in the "walkable" neighborhoods of EYA. The predicted 24,000 mass transit users will require 600 buses and shuttles a day(jobs for drivers), and would be the 14th largest metro rail station, BUT there is no metro rail station, "Stupid Growth".
Commish, the architect testified that the auto crush, of 3000 employees will be moderated by having a men's and women's shower, and locker room, and bike racks. I'm sure those low income folks working for VMP, or Harris Teeter will be coming in by bike from Manassas or Upper marlboro, the closest place they can afford.
Janice Posey from DMPED testified in support, that the medical offices will be "cutting edge", and not just treat disease, but "ERADICATE DISEASE". Wow thank God! So let's close useless NIH, save $billions. Who has heard VMP list one single medical research facility coming to this "Avant Guard" "monstrosity"? But VMP is not even planning a local clinic to treat anyone. Good luck Commish, when you lose Rashida, who will be your supporter?

I support the project. It will be great to have a park and grocery store to walk to.

Yes, it is unfortunate that some of the water features were removed. I guess that's what happens when they are forced to spend more money to appear in front of HPRB and other groups again and again because a group of people keep complaining that the current design is no good.

Very True! They have spent ten years dealing with these groups!

So we should listen to you the biggest crack pot in DC who wants a goats and chickens along with farmland on the site...EXPENSIVE FARM LAND... Build Baby Build! So we get jobs, affordable housing, services and a great REAL PARK!

VMP was required by law to present their plans to HPRB and the Zoning Commission. Those hearings would have occurred, even with no opposition. If I recall correctly, HPRB did not like the original plans, developed by various architects with no cohesiveness, and sent VMP back to the drawing boards. The plans were also submitted in two stages, so the second phase required an additional set of hearings.

When VMP made major changes to the park and water features, it was HPRB who required another hearing. VMP created the original plans and it was their choice to change those plans.

DC taxpayers are footing the bill for this, and the government seems to allow VMP to have an unlimited budget for attorney's fees.

So then it's HPRB as you state that requested the plans be changed! And yes DC in essence DC is the master developer. VMP is a hired develpment team by DC Govt.