ANXO Cidery's owners interviewed in WCP article "Not All Small D.C. Restaurants and Bars Will Make It Through the COVID-19 Crisis"

Click on the link to read the entire Washington City Paper article.


Not All SmallD.C. Restaurants and Bars Will Make It Through the COVID-19 Crisis

Five owners talk about the support they need to survive and what the city would lose if they close.
LAURA HAYES
APR 2, 2020 6 AM
...

300 Florida Ave. NW
ANXO co-owner Rachel Fitz set an ambitious goal for March. She aimed to raise $12,000 for Planned Parenthood through various Women’s History Month fundraisers and events like a cocktail competition, artisan market, and comedy brunch. She knew it was possible, at least until coronavirus caused operations to cease. In 2019, the Truxton Circle restaurant raised $10,000 for the DC Abortion Fund in one night.
“The restaurant world has so much opportunity to do more than food and beverage,” Fitz says. At their second location in Brightwood Park, ANXO invites kids from The Kennedy, a nearby homeless shelter, over for a monthly paint night. When the young artists complete their work, ANXO gives them the option to hang the paintings on the walls and sell them. 100 percent of the proceeds go back to the shelter. “There’s only so much we can do if we can’t keep our doors open,” she says.
Now it’s ANXO that needs a lift. “We aren’t in a position to reopen and weather this storm without support,” says Sam Fitz, Rachel’s brother and business partner. “We’re making 10 percent of the sales we were doing before we closed.”
... 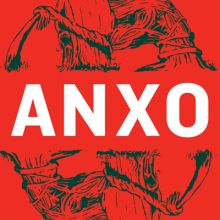 Posted by Scott Roberts of Bloomingdale at 7:45 AM