See this message and pic from Brookland resident Daniel Wolkoff: 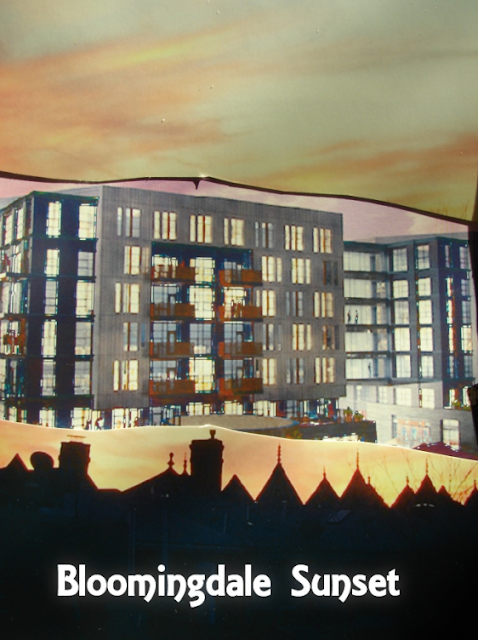 Wow, the new McMillan proposal is to have it float in mid-air? Awesome!

Either that, or Daniel Wolkoff is prone to hyperbole.

You can see the DC Wolf Trap outdoor concert stage with sunset views, from your balcony, for only $890,000. The units are too small for most families, but just perfect for sardines.

Corrupt "surplussing", of public land to private ownership, and mega profit is illegal, in an honest government--- for the people, by the people and of the people. Dave's government is stealing 25 acres, demolishing the 20 acre underground, and handing mediocre development "team", a nice slice of the pie each. Cut it up like a turkey on Thanksgiving!
Don't you think our kids, and grandkids deserve outdoor theatre, festivals, open green space to grow up healthy, or three medical office towers to treat their weak, over weight bodies.
Where is the Commish, Jamie Fontaine has a check for him, he could be a founder of DC's Central Park. The park racist discrimination has fenced off since 1987. Oh the groundswell of public support for VMP is massive! They stacked the "surplus" round table with a disparate group of "supporters", most of whom, read testimony they did not write, never testified before, or again....but Bowser, office of Planning and VMP/Fontaine don't think stacking the public hearings is wrong, it's their livelihood.

Daniel, you are on the verge of slander here. I have never been paid by anyone to support this development. When you get your head out of your butt and realize that DC paid $9.3 Million dollars for this land to develop it instead of $1.00 to leave it as park land, you will finally realize that the decison was made 30 years ago and will not chagne. Get on board or get sued!

I don't think Daniel can see either sunset from his home in Brookland.