Just three days into 2020 two pedestrians were killed by drivers, one was struck and killed on Pennsylvania Avenue SE, and two days later another person was killed on North Capitol Street NW, in the Truxton Circle neighborhood. It was a grim reminder of how far away we are from the reality of Vision Zero.
What’s worse, the tragedy on North Capitol Street was the sixth pedestrian death on the corridor in just eighteen months. This toll is heartbreaking, but not surprising. Along many stretches, the street’s design resembles a six-lane highway even though it passes through multiple residential neighborhoods.
This road is doing exactly what it was designed to do—move vehicles quickly through our communities with little concern for the safety of those who live, work, and attend school nearby. We need to change this.
... 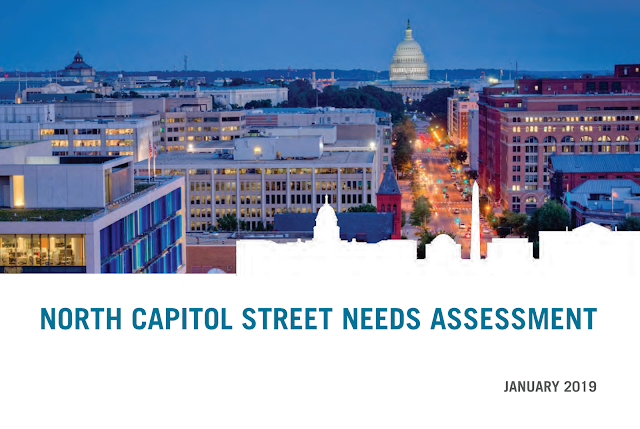 Posted by Scott Roberts of Bloomingdale at 12:18 PM