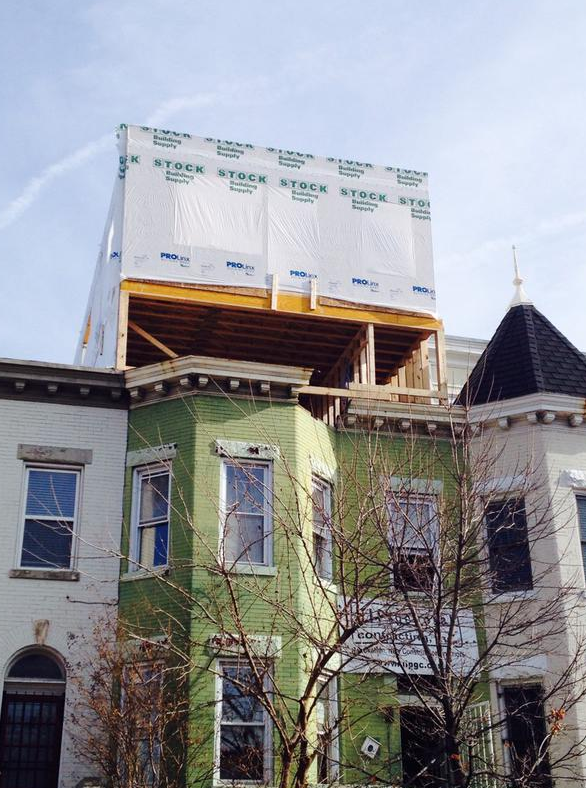 In my role as ANC Commissioner -Elect for  5E07, several persons have indicated to me  concern regarding construction at 1833 First St., NW.  This construction will convert that 2-story  rowhouse  for use as a 4 unit apartment building (with 1 unit per floor) .  I visited the site today, took photos,  spoke with a worker, but the construction manager reportedly was out of town for about a week.  I also   spoke with a BZA official and he noted DCRA had not made any referral for  a zoning exception or  variance..  Thus, although DCRA's database indicates that its staff had  flagged several potential  zoning problems (e.g., lot coverage, on-site parking spaces, blockage of open court), these were apparently resolved as no BZA referral was made.  I will be calling those DCRA staff  responsible for zoning reviews of  building applications and zoning compliance so that I might share with neighbors if and how identified zoning concerns were resolved, and DCR A's response to any other concerns  identified by neighbors.

IF YOU LIVE WITHIN ABOUT A BLOCK OF 1833 FIRST ST., NW AND HAVE SPECIFIC CONCERNS, PLEASE EMAIL THOSE CONCERNS TO ME ASAP!

Moderator comment: The property is zoned C-2-A and not R-4.
Posted by Scott Roberts of Bloomingdale at 11:09 PM