Bertha Holliday: "Clarification re McMILLAN DEVELOPMENT UPDATE as noted in the 3/29/16 listserv/blog posting under the topic of 'ANC 5E04 March 2016 Community Update' " 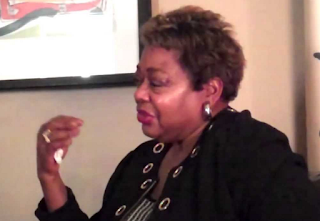 From: Bertha Holliday
Sent: Thursday, March 31, 2016 6:55 AM
Subject: FOR POSTING: Clarification re McMILLAN DEVELOPMENT UPDATE as noted in the 3/29/16 listserv/blog posting under the topic of "ANC 5E04 March 2016 Community Update"


This communication related to McMillan represents excerpts from the response of the developer's attorney to Holliday's letter of concern. I believe that response contains some errors of fact as well as omissions of significance. I will address these in a letter to Zoning Commission and post that letter on this listserv once it is public.
Bertha Holliday


This message from ANC5E04 Commissioner Sylvia Pinkney is from the Eckington list at Google Groups.

Following the March 10, hearing on the application for the Zoning Commission Case number 13-14B Modification to a Consolidated Planned Unit Development for Parcel 4, grocery store and senior building submitted a request to reopen the record. The request was granted. In her testimony, Commissioner Holliday expressed three primary concerns regarding the project, as follows: (1) parking fees that may be charged to patrons of the Harris Teeter grocery store, (2) the loading dock management strategy for the Parcel 4 Building, and (3) the proposed configuration and location of the senior affordable housing within the Parcel 4 Building.

Ms. Holliday recommends that the Commission include language in the final order that would require Harris Teeter to establish off-street parking fees/policies for its patrons that are consistent with the average of those charged at its NOMA location and other urban groceries located within four miles of the McMillan Site.

The Applicant recommends against this as a condition in the final order as it could severely limit Harris Teeter's ability to establish parking fees/policies that are tailored to the McMillan store location, as noted above, could result in a worse solution for the surrounding community that would otherwise be implemented. For its stores located in the District of Columbia, Harris Teeter relies upon different parking strategies that are based upon unique characteristics of a particular store, including the cost of parking.

With respect to the Applicant's Revised Loading Management Plan for the Parcel 4 Building, Ms. Holliday states that the District Department of Transportation (DDOT) has identified a need for more effective loading management to avoid negative impacts on North Capitol Street, and that the proposed modifications to the approved loading and curbside management plan are insufficient to avoid traffic backups on North Capitol Street.

DDOT and the Applicant both testified at the public hearing that an agreeable solution had been arrived at on a revised Loading Management Plan that will minimize the impacts of loading activities associated with the Parcel 4 Building. The Applicant agreed to several additional loading restrictions, including restrictions on all Harris Teeter and residential (move-ins, move-outs, and trash) deliveries and on all backing maneuvers for all other deliveries during the morning peak period between 7:00 am to 8:30 am. These additional restrictions were incorporated into the Applicant's proposed revised Loading Management Plan which is included in the case record as Exhibit 40.

Ms. Holliday's final concern was the proposed configuration and location of the senior affordable housing within the Parcel 4 Building.

The Applicant responded that the separation of the proposed market-rate units is required in order to comply with the legal requirements of the federal Fair Housing Act exemption to the general rule prohibiting discrimination based on familial status that is afforded to senior housing. The rationale and need for the proposed senior affordable dwelling units to be operated independently from the market-rate dwelling units within the Parcel 4 Building was thoroughly discussed during the Consolidated PUD proceedings, and was further addressed in a post-hearing submission submitted by the Applicant as part of those proceedings.

Parcel 2 Building, multi-family use dwelling units, has no scheduled hearing date at this time. 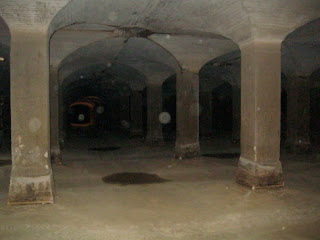 Posted by Scott Roberts of Bloomingdale at 9:08 AM