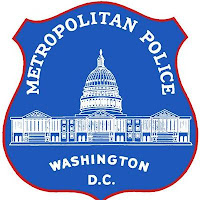 
(Washington, DC) – Every day, the Metropolitan Police Department works to recover and investigate illegal firearms in Washington D.C.  In addition to our patrol officers, the Department has specialized units—such as the Gun Recovery Unit (GRU), Narcotics Enforcement Unit (NEU), and Crime Suppression Teams (CSTs)—who work tirelessly to safely and respectfully secure illegal firearms and get them off of our streets.  From Monday, July 15, 2019, through Monday, July 22, 2019, MPD detectives and officers recovered 30 firearms in the District of Columbia.

Posted by Scott Roberts of Bloomingdale at 4:51 PM