There are many articles on this topic.


WASHINGTON — A man whose relatives reported concerns about his behavior and far-right extremist rhetoric after last year’s Pittsburgh synagogue massacre pleaded guilty to a federal gun charge Tuesday.
Jeffrey Clark Jr., 30, of Washington, D.C., faces a maximum of 10 years in prison after pleading guilty to one count of illegal possession of firearms by a person who is an unlawful user of a controlled substance.
Estimated sentencing guidelines call for a sentence ranging from 10 to 16 months, but U.S. District Judge Timothy Kelly, who is scheduled to sentence Clark on Sept. 13, isn’t bound by those guidelines. The judge refused to release him before sentencing.
... 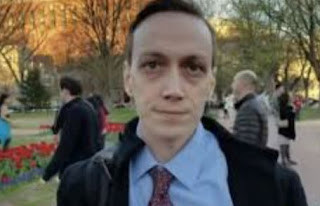 Posted by Scott Roberts of Bloomingdale at 10:51 AM