If you look at the supplied DC Inclusionary Zoning map, you can see that all of Bloomingdale is marked as "50% / 80% MFI Zones."

In case you did not know before.

As cranes continue to dot the skyline, there's new reason to be optimistic that D.C. will get more desperately needed affordable housing units over the next few years.

That's because the District's Zoning Commission voted last week to strengthen the city's "inclusionary zoning" program, which gives developers more leeway to construct buildings that are denser than what's typically permitted—in exchange for providing below-market-rate units. If the D.C. Council and Mayor Muriel Bowser approve it, the change would produce upwards of 2,600 affordable units over the next five to 10 years, according to the D.C. Fiscal Policy Institute (DCFPI) and the Coalition for Smarter Growth.
... 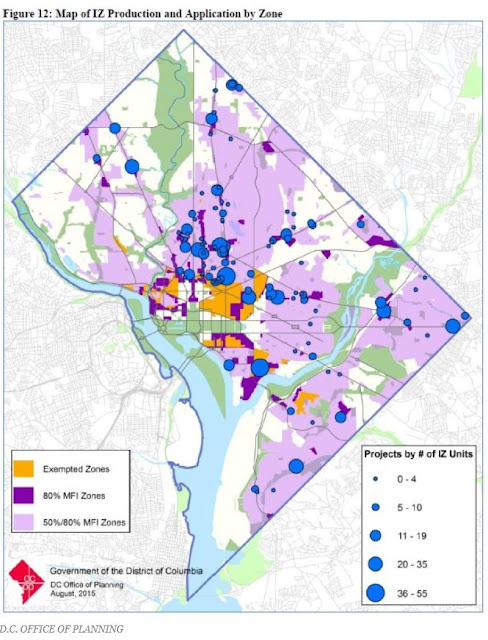 Posted by Scott Roberts of Bloomingdale at 10:27 AM