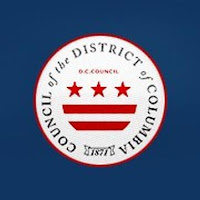 Although two hearings have been held on the Advisory Neighborhood Commission Omnibus Amendment Act of 2016 (B21-0697), the second of which took place on July 6, written statements concerning the Act can still be submitted to the Committee on Housing and Community Development for the next eight days, via e-mail to Irene Kang (ikang@DCCouncil.US) with a cc: to Oscar Montiel (omontiel@dccouncil.us).  (I myself plan to also email my statement to the members of the  Council directly.)  The record closes at 5:00 p.m. on Wednesday, July 20, 2016.


The introductory summary of the Act (lines 65-69) states that this is "A Bill . . . to amend the District of Columbia Official Code and the Historic Landmark and Historic District Preservation Act of 1978 to ensure that third-party protest groups cannot supplant the ANC as the representative of the community in protesting a licensing matter before the Alcoholic Beverage Control Board or the Historic Preservation Board . . . ."  [Boldface added by me]


"(b) All proceedings pursuant to this subchapter shall be conducted in accordance with the applicable provisions of Chapter 5 of Title 2, except that


only the following parties shall have standing to protest a license or permit before the Historic Preservation Board:


Call me paranoid, but I can't help but think that this provision, as it pertains to historic preservation, is a direct attempt to nullify the kind of protest groups that repeatedly coalesced, over nearly 30 years, around the development of McMillan, most recently Friends of McMillan Park (FOMP), although it may also mistakenly hope to include the McMillan Advisory Group (MAG), despite the fact that the MAG was specifically created by the District to be the official representative of the community in negotiating with the developer. But the intent may also be to shut down such groups as the "200-Footers" who successfully protested the illegal development of 901 Monroe Street, albeit not before the Historic Preservation Board but in the Court of Appeals.


Sadly it has been my observation that there is good reason to go around the ANC in representing a nuanced community view, as ANCs are invariably and often successfully wooed by developers.


Which brings me to another unwarranted change in the ANC Omnibus Amendment Act:


At first blush, raising the cap on ANC campaign contributions to $100 seems merely ridiculous because ANC races often go uncontested, and the expenses associated even with a contested race are minor.  Democracy is enhanced when ANC candidates walk their turf and speak directly with their neighbors; $100s in the coffers  encourages the expenditure of funds on mailers and signs.  What is less obvious is that allowing outsized contributions, affordable to the very few, invites the practice of the few wielding undue influence over ANC commissioners.


This bill flies in the face of the move towards publicly financed political campaigns, with a goal of taking money out of politics, even as it attempts to restrict channels by which residents can influence the fate of their communities.

Posted by Scott Roberts of Bloomingdale at 9:30 PM