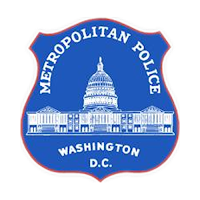 (Washington, DC) - Detectives from the Metropolitan Police Department responded to an officer-involved shooting that occurred in the Unit block of W Street, Northwest, on Wednesday, January 18, 2017.

At approximately 9:46 am, an off-duty MPD officer contacted police saying he had been shot at multiple times at 3rd and U Streets, Northeast. He gave a description of the suspect vehicle, and after a search, officers were able to locate the vehicle operating in the area of the Unit block of W Street, Northwest. As MPD officers approached the vehicle on foot, one of the officers discharged his service weapon. No one was hit, and no injuries were sustained. The suspect fled in the vehicle and was later apprehended in the 1900 block of 5th Street, Northwest. A handgun was recovered from the flight path of the vehicle.

Arrested and charged with Assault with a Dangerous Weapon (Gun), Possession with Intent to Distribute, Fleeing and Eluding and Leaving after Colliding was 31-year-old Jeremiah Elijah Woodfork of Suitland, Maryland, who is also known as 29-year-old Edward Darnell Bolling, Jr. of Sacramento, California.

No pedestrians or officers were injured during this incident. This case remains under investigation. Anyone with information is asked to contact police at 202-727-9099.


1.       The alerts are not sent instantaneously they are put out once all the information is received and processed then forward to the community.
2.       Yes they are the same person.


4. if there was a second passenger and they committed no crime and have no warrants they could have been released.


Thanks for the update.  Questions remaining include:


1) Why wasn't an MPD alert sent out to the email listserve at the time of the indecent? This was a shooting and car chase, and it was at the tail end of rush hour, when many were heading out the door.


2) Am i correct in understanding that Jeremiah Elijah Woodfork and Edward Darnell Bolling are the same person?


3) If the officer who discharged the service weapon at the unit block of W St was not firing at a passenger in the car, who/what was the officer shooting at?


4) The Post reports that there was a second passenger in the car, but that this person was released.  Can MPD confirm this?  If so, can you provide any detail on why the passenger was released?


Thanks.
Posted by Scott Roberts of Bloomingdale at 7:13 PM