WMATA Budget Season – Proposed Changes to H6, B8, B9, and G9 buses in Ft. Lincoln, Woodridge, Langdon, Brookland, and Brentwood

Bloomingdale residents might have interest in the limited-stop G9 bus route along Rhode Island Avenue. 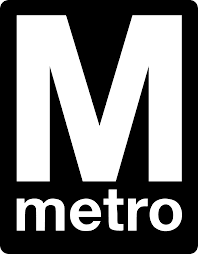 Councilmember McDuffie wanted to make sure you are aware of proposed changes to WMATA MetroBus fares and routes that are included in the budget currently being debated, the FY18 WMATA budget. You can view the full information on the WMATA website here:  https://www.wmata.com/budget
Currently, WMATA is proposing to eliminate the B8 and B9 routes; modify the H6 route; and extend the G9 route to cover some of those cuts. WMATA is also proposing fare increases. MetroBus standard fares could increase by $.25 and MetroRail fare could increase up to $.10 for rush hour; up to $.25 for non-rush hour fare. Standard passes and parking costs would also increase, please check the website for details.

Modify Route H6 to serve Rhode Island Ave and Brookland-CUA stations with service to Commodore Joshua Barney Drive NE and weekday midday service to Colmar Manor. Eliminate routes B8 and B9.
There are several ways to provide your feedback on these proposals:
·         Online – Simply visit http://fy18budget.questionpro.com/ to submit your opinions via online survey
·         In person at a public WMATA hearing – Monday, January 30.
o   Open House from 4:30-6:30pm and hearing starts at 5pm.
o   Speaker registration is onsite only and will close at 9pm
·         In person at a Metro station – WMATA staff will be on hand at the following Ward 5 stations at the following times to receive feedback
o   Rhode Island Avenue Station – TONIGHT Monday, January 23, 3:30-7pm
o   Brookland Station – TOMORROW Tuesday, January 24, 3:30-7:30pm
Councilmember McDuffie encourages residents to take part in this process and share their concerns or ideas with WMATA directly.