Note that Bloomingdale, Big Bear Cafe and the Florida Avenue Park are mentioned.

See Big Bear Cafe's legacy to the city, according to this article:


Big Bear’s shady patio is a crossroads of the new Washington, where free WiFi and a caffeine buzz lure a mix of young newcomers, older whites and a few African American residents who remain in a neighborhood that was almost entirely black just a decade ago.

By Marc Fisher and Steve Hendrix September 13 at 9:27 PM
In April, Alison Schafer went to the polls to get rid of D.C. Mayor Vincent C. Gray, whom she believes embarrassed her city by running a corrupt campaign in 2010. Mission accomplished, “I sort of feel like I’ve done my job,” she says, even if there is the outstanding matter of a vote on Nov. 4 to choose Gray’s successor.
...
But Bowser strikes Hayden Higgins, 23, as “overly cautious.” He’s unimpressed by what he sees as her lackluster record. Higgins, who came to town a year ago, is a climate-change activist eager to find a candidate who aligns with his progressive agenda, from affordable housing to going green.
Sitting outside Big Bear Cafe on First Street NW, behind a MacBook plastered with Amnesty International and “I Read Banned Books” stickers, Higgins says Catania might have the forceful character the job requires.  But Higgins is wary of Catania’s Republican pedigree and was disappointed that both Catania and Bowser supported a recent cut in the business tax, which he saw as “bowing down to developers.”
He’s a fan of the D.C. Statehood Green Party, but he is not willing to cast a protest vote for its mayoral candidate, the 90-year-old actress Faith, who is making her ninth bid for the office. Ultimately, he’ll settle on Bowser or Catania.
“We all assume Bowser wins and that’s that,” says Higgins, who lives in a Bloomingdale group house with nine other people. “I want to cast my vote in the most useful way I can and test that hypothesis.”
Big Bear’s shady patio is a crossroads of the new Washington, where free WiFi and a caffeine buzz lure a mix of young newcomers, older whites and a few African American residents who remain in a neighborhood that was almost entirely black just a decade ago.  Across Florida Avenue NW, behind a rack of Capital Bikeshare bicycles, a onetime open-air drug market is now a modern playground where a group of middle-age black men play dominoes.
The usual lamentations over the changes wrought by gentrification fill the air. The men trade stories about black families priced out of their neighborhood; no one sees hope that any of the candidates will find a balance between rapid growth and the loss of long-standing communities.
Ted Burton, 56, flicks a yo-yo and pronounces himself fed up with new people, whether moving onto the block or running for office.
“It’s not like when Marion Barry ran the show,” says Burton, who lives on First Street NW. “Marion Barry did some wrong things, but he got jobs for the poor. He saved D.C. General [Hospital]. None of these folks are going to do it like Marion Barry did.”
... 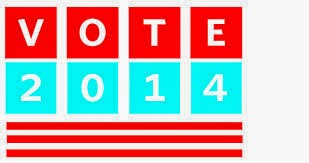 Posted by Scott Roberts of Bloomingdale at 12:11 PM