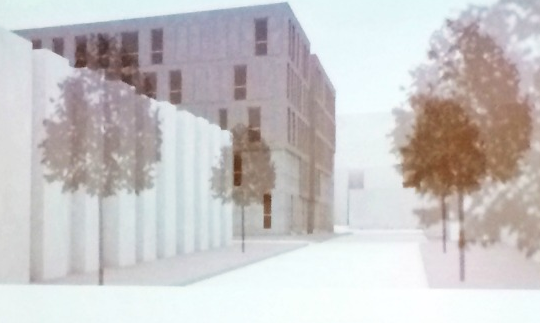 March 19, 2015
by Lark Turner
Developer Four Points is backing a 120-unit project for the Chapman Stables in Truxton Circle.
The project, presented by developer John Sunter before the Hanover Area Civic Association on Wednesday night, requires approval from the Historic Preservation Review Board. It is otherwise being built by-right and won’t require a hearing before the Board of Zoning Adjustment.
...
Four Points and Sunter’s plan, designed by Studio 27 Architecture, would add a third floor to the two-story warehouse building and a large five-story addition on the empty lot behind it. Underneath the new building would be a one-story parking garage with 60 spaces.
...

Posted by Scott Roberts of Bloomingdale at 1:12 PM