I have been remiss on not posting the three-part article by Jeffrey Anderson on McMillan. Good to get caught up.

I have provided the intro paragraphs from each of the three articles.
Click on the links below to read the full articles. 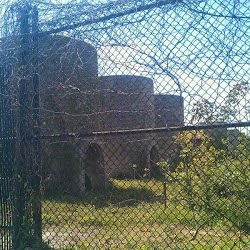 McMillan Development Arrives At A Crossroads

Eyes on McMillan: Making Decisions on the Best Use of the District’s Historic Green Space
BY
JEFFREY ANDERSON
With DC still in building mode, and a pile of development projects on her plate, Mayor Muriel Bowser faces unique challenges in ordering her priorities. One project particularly fraught with complexity and controversy has landed on the desk of her agent for historic preservation, who is expected to make major decisions in the coming weeks: The McMillan Sand Filtration Site.
Slated for residential, retail and medical office space, and a park, the 25-acre historic water filtration facility is located in Ward 5, bordered by North Capitol Street, First Street, Michigan Avenue and Channing Street, NW, adjacent to Children's National Medical Center, MedStar Washington Hospital Center and Veterans Affairs Medical Center. It consists of 20 underground sand filtration cells, 20 cylindrical, ivy-covered brick storage bins and regulator houses, and an expanse of open space adjacent to McMillan Reservoir, which is still in use.
...

The Empire Strikes Back

Fri, 02/20/2015 - 3:21pm
Eyes on McMillan
BY
JEFFREY ANDERSON
In mid-February, Mayor Muriel Bowser dispatched a representative to a meeting of the McMillan Advisory Group (MAG), a community group opposed to elements of plans for a mixed-use project at the McMillan Sand Filtration Site. A visit by anyone from the mayor's office to a neighborhood meeting about McMillan is extremely rare.
The District has partnered with Vision McMillan Partners (VMP), a partnership of EYA LLC, Trammell Crow Company andJair Lynch Development Partners, on the project which promises a 30-year return of $513 million and the creation of 1,584 permanent jobs, at least a third of which are to be set aside for DC residents. To date, the District has paid more than $6 million in pre-development costs to VMP.
Relations between VMP and MAG might be characterized as frigid at best, but things did not start out this way. A 2007 Letter of Commitment, also signed by the Office of the Deputy Mayor for Planning and Economic Development (DMPED), envisioned a "consensus-based" project that "balances the equities of economics with public benefit, preservation and community amenities." VMP says it has achieved that consensus. The project is "the culmination of years of extraordinary engagement between the District, development team and community," its website states.
...

Mon, 03/09/2015 - 11:55am
Eyes on McMillan
BY
JEFFREY ANDERSON
In 1989, the McMillan Sand Filtration Facility, used by the city to filter its drinking water for much of the 20th century, was a neglected expanse of land. That year some residents approached Tony Norman, a law student from Louisiana who had moved to First St. NW, about a city plan to build a K-Mart on the 25-acre site. "They had this unusual, passionate connection [to McMillan], and I got sucked into it," said Norman, who spearheaded a federal court injunction that torpedoed the K-Mart deal. "But I'm glad I did."

In 1990, the District designated the 20th century water utility for mixed-use development. But the site languished until 2000, when the Office of Planning (OP) invited architects from Catholic University and Howard University to contribute a vision for its redevelopment. The resulting recommendations, made by OP in 2002, emphasized community input, historic preservation and re-use of the site's underground sand cells. Directives included "Be Creative" and "Be Responsive to Community Needs and Concerns."
Jump forward to 2015. Developers are now poised to demolish all but two of the sand cells and build two million square feet of residential, retail and medical office space, and a six-acre park. Not surprisingly, Norman and other community members object not just to the density and commercial orientation of the plan, but also to the process of its adoption.
...


Jeffrey Anderson is a veteran, DC-based journalist. Reach him at byjeffreyanderson@gmail.com, or follow him on Twitter: @jeffreyanders19 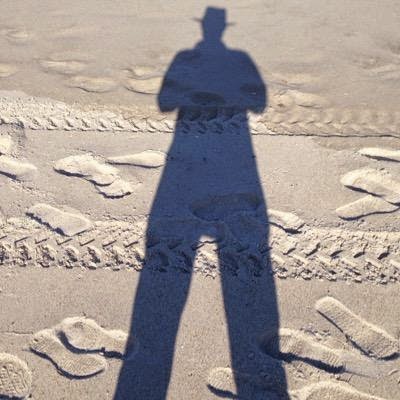 Contrast this genuine journalism, in service of informing the public, with the miserable dribble in the Washington Post. Their last "investigative expose", was 50 years ago, The Pentagon Papers.
The Washington Post and it's corporate development apologist Roger K. Lewis are a national embarrassment, because the press has a constitutional role to inform, not be a corporate rag. Our 25 acre public park space is being stolen by the VMP/DC hack collusion, it's the biggest corrupt land grab since the Dutch stole Manhattan from the Lenape, for beads and trinkets. Progress?
When we are all sitting in mass gridlock on N. Capitol and Michigan Ave. breathing the most polluted air measured in DC, thank the Washington Post and Rogere K. Lewis and his joke of a radio show with Kojo Namdi. Maybe Kojo got muzzled by VMP/ and Fontaine when they bought him with their EYA corporate sponsorship at WAMU. I thought they are "public radio", remember WE are the public!
Don't worry kiddies, if the cancer and asthma rate increases, Trammel Crow will gobble up more of our open space with medical offices, so go there for a doctors appt. tell them your symptoms. It's "walkable" community,lololol!