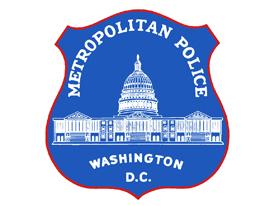 I wanted to raise some attention to an incident that occurred on Saturday night at between Flagler and 2nd / U Street NW around 10pm. I had some friends over before the Art All Night Event and leaving my house to head to the event, three of them (all female) were attacked by a group of teenagers. The kids were between the ages of 14-16 and there were around 12 of them. They aggressively pushed the three women to the ground, dragging one by the hair, and stole a handbag containing wallet, passport and other valuables. While throwing punches, the children threatened to "stay off of our turf," indicating that they were in fact from our neighborhood. Luckily there were two men who live nearby who witnessed the incident and immediately intervened. The kids got away running up 2nd and Flagler streets towards V.
Many police officers showed up on the scene, including a detective and a medic. My friends are fine, just shaken up for the most part. After their statements were taken and they were released by the officers, we could see two young boys following and watching us on their bicycles.
The stolen bag was found, empty of all its contents somewhere along V Street. I wanted to request everyone in the neighborhood to keep an eye out for my friend's passport which was among the stolen items. It is a passport for the Republic of Turkey and if anyone locates it, I would be very grateful if they could give me a call at 508 then 340-0430 to return it.
I'm writing this email to you and the community to not only request increased vigilance and safety, but also to raise concerns about the youth in our neighborhood. The socio-economic characteristics of Bloomingdale has changed rapidly over the past few years, but our neighborhood still remains very diverse and in fact almost 30% of children in this area are below the federal poverty line. This percentage is a higher rate of childhood poverty than 70% of U.S. neighborhoods. Just 10 years ago there were 1,200 kids in our community zone that are on Temporary Assistance for Needy families and although this may have improved over time, there is no denying that development in Bloomingdale has been disproportionately more beneficial to the middle and upper classes.
I'm using this incident that occurred not to chastise our youth but instead to bring attention to everyone that if we want to call this place home we need to do something now.
Posted by Scott Roberts of Bloomingdale at 12:06 PM

I'm responding to this post to specifically and explicitly "chastise" the criminal youth that attacked innocent victims - who were visiting a home and an art event in this neighborhood. That sort of feral behavior doesn't develop overnight, which means they've undoubtedly victimized innocent strangers before. Being poor isn't an excuse for being a pathologically violent mini-mob.