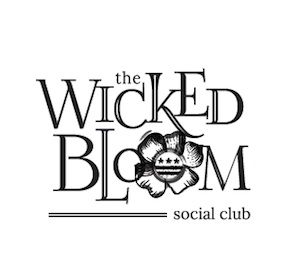 The team from BBQ joint DCity Smokehouse will take on cocktails and bar bites when Wicked Bloom DC Social Club opens September 25 in the former Subway space at 1540 North Capitol Street NW.
Chef Rob Sonderman, who is never shy about piling it on, will debut diet kryptonite snacks like “the Smokehouse bomb” featuring a mac and cheese waffle with chopped pork, brisket chili, cheese sauce, and sour cream. “It should be a good way to fill you up before you stumble back home,” Sonderman says.
Other menu items that star barbecue meat from DCity Smokehouse a few doors down include brisket chili nachos with all of the fixings; a take on a Kentucky hot brown; and Smokehouse BBQ sliders. Once Wicked Bloom is up and running, Sonderman will make his foray into fish by rolling out menu items like smoked trout dip and a smoked shrimp salad roll. In a way, DCity Smokehouse is returning to its roots— the Hot Trout Grill was a former tenant of the address.
...
Note that this project is separate from the DCity Smokehouse expansion project slated for 2016 when the Bloomingdale smokehouse will shutter and slide over to a larger space at 1700 Second Street, NW.
;;;
Regular operating hours will be Tues-Fri 12 p.m.-2 a.m., Saturday 12 p.m.-3 a.m., and Sunday 12 p.m.-1 a.m.

Posted by Scott Roberts of Bloomingdale at 1:09 PM