WBJ: AFRH site development delayed -- perhaps an RFP will be issued by May 2016

Click on the link to read the entire Washington Business Journal article:

For new residents -- the AFRH site is located due north of Bloomingdale. 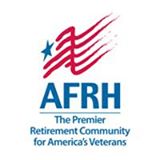 Developers hoping for a chance to redevelop part of the Armed Forces Retirement Home's 190-acre campus in Northwest D.C. will have to wait significantly longer than planned as the federal government needs more time to study the prospect.
The General Services and AFRH are now conducting an environmental impact study examining various aspects that must be completed before developers can compete for the choice real estate near Catholic University of America. That has pushed back the initial time frame,which called for the agencies issuing a request for proposals by the end of 2014 with an award in late summer 2015.
"We had to make some changes to our approach in the past year. We had to re-evaluate some things we had to do first," AFRH Chief Operating Officer Steve McManus said.
...

Posted by Scott Roberts of Bloomingdale at 6:04 AM