THE BEST LUNCH SPOT IN (ALMOST) EVERY DC NEIGHBORHOOD 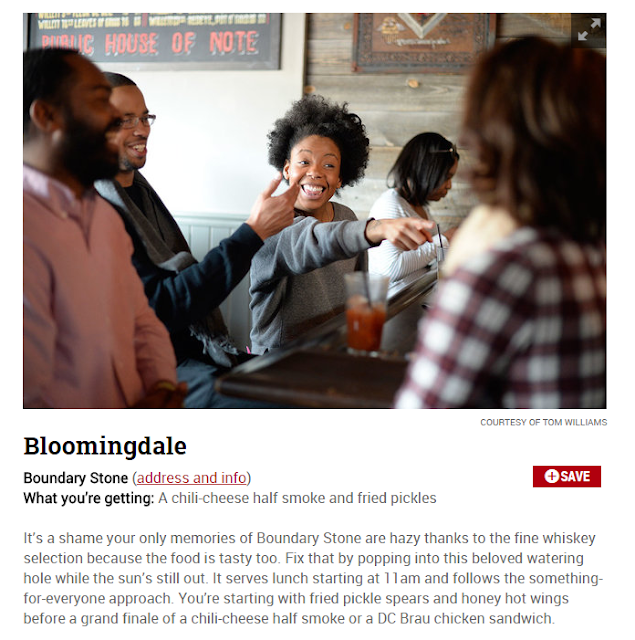 Posted by Scott Roberts of Bloomingdale at 9:24 PM

I can't believe they didn't mention the bleu burger with the beet slice/blue cheese/carmelized onions. That mighty creation justifies bourbon at lunch and could convince a vegetarian back over the carnivore line.

The memoir of tasty food at Boundary Stone is a haze. It just hasn't been the same since Chef Vinnie left the house. Not sure how many chefs they have rotated through since Vinnie left, but most seem intent on trying to replicate his menu instead of bringing their own taste to the table. It just isn't the same quality (bread not as fresh, salads not as crisp, frites not as crisp, burgers not as moist). It is probably best to recognize them for their drink menu (which is awesome) until they make the determination to hire a real chef who will step up to the plate and take the food to the front of the line. Dang, don't you still dream about those cheesesteaks from Vinne?