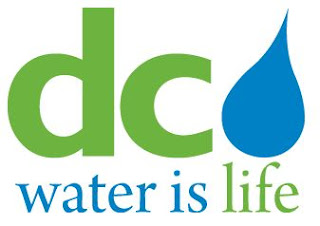 The First Street Tunnel is 2,700 feet long and 23 feet in diameter, built under First Street NW from Rhode Island and First Street, to the southwest corner of the McMillan Street. The machine has been creating about 50 feet of tunnel per day. Named after a local activist who was the first Dean of Women at Howard University, Lucy Diggs Slowe began digging in July.

"As long as she's been mining, December has been our target" deadline, says John Lisle, D.C. Water's chief of external affairs.

Posted by Scott Roberts of Bloomingdale at 10:45 AM

"According to Lisle, substantial completion of the First Street Tunnel Project is expected by June 1. Earlier this fall, D.C. Water projected it would be completed by the spring. The FAQ section of the website still projects an end to construction operations in March 2016."