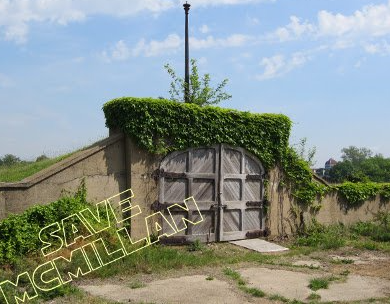 
Washington, DC — On Thursday evening, the DC Zoning Commission held yet another hearing on McMillan Park (and there are more scheduled).

Twenty McMillan Park supporters showed, ten of those testified, and another eighteen got testimony into the public record, despite fifty residents contacting the Zoning Commission. This follows on from a stream of opposition at each juncture of the McMillan Park review. http://www.savemcmillan.org/opposition/

Four people favored destroying this national landmark: A neighbor to the south of the site, Commissioner Dianne Barnes who read ANC 5E’s resolution into the record, 1A Commissioner Rashida Brown spoke on her own behalf, and a one-page letter was sent in by Councilmember Kenyan McDuffie, exclaiming the project brings “much needed affordable rental housing for Ward 5.”

Those Save McMillan Park supporters who testified in-person highlighted an array of adverse affects not yet analyzed by City officials, including: environmental impacts, increasing displacement pressures, inadequate infrastructure and collapse, and residential units which mock the terms “significant” & “affordability.”


Of the zoning hearing, Amal Mimish from Ward 1 said, “The Office of Planning and Zoning Commission seem so ignorant of fundamental human needs, like low-cost shelter.” Mimish continued, “$1,100 a month for a studio is not affordable housing and does nothing to ameliorate DC’s housing crisis.”

75-year DC resident, Leroy Hall agreed, “For seniors on fixed incomes, 50% Area-Median-Income (AMI) rents are untenable. Remember we are retired, we are largely surviving on our hard-earned savings. This project won’t bring the affordable housing for the lady sleeping on a 12th Street NE bench. What are planning officials and Kenyan thinking?”

Several #savemcmillan supporters spoke of Fontaine & Company, a Baltimore PR firm that was hired with City tax dollars to “neutralize” public opposition to the destruction of McMillan Park. Fontaine was also paid to “give cover to political officials,” while developers Jair Lynch and Adam Weers seek to privatize nearly 20-acres of historically landmarked City-owned land.


Mimish continued, “I would appreciate it if my tax dollars didn’t go towards neutralizing me!”


“The level of ignorant behavior here is beyond the pale in terms of its arbitrary decisions and ways.  It feels so criminal,” said Wolkoff pointing to the District of Columbia Auditor letter from Kathy Patterson who says the project “warrants a competitive rebidding.”

The Zoning Commission is expecting further filings in January, 2015.

Posted by Scott Roberts of Bloomingdale at 8:13 PM

see and you all are still losing the battle. Time to get on board cause nothing you tree huggers do is going to stop this developmetn as it is very much needed for DC and the area