It has been pointed out that in my earlier email I said that today’s robbery had happened at 1st and Flagler.  It actually happened at Flagler and V Streets., NW.

Also, we have a person in custody in connection with this case today.  If we charge the person, I will let you  all know.

I want the Bloomingdale community to be aware that in the past two weeks we have had three robberies that may fit a similar pattern.

On Wednesday, April 10, at 9:05 pm, two men robbed a woman in the unit block of Rhode Island Avenue, NW.  The suspects approached from behind and choked the victim and stole her purse.

On Friday, April 19, at 1:45 pm, a young man possibly in his teens punched and robbed a man who was sitting on his front steps in the 100 block of Thomas Street, NW.

Today, Friday, April 26, at about 1 pm, two men robbed a woman near the intersection of 1st Street and Flagler Place, NW.  One of the suspects choked the woman from behind and the second suspect stole the woman’s purse.

We are asking that all residents and visitors pay particular attention to your surroundings as you walk in the neighborhood until we solve these cases.  We also recommend walking in pairs or groups if possible, and we ask that if you see or hear anything unusual, out of the ordinary, or that seems suspicious, you get to a safe spot and call 911 so that we can investigate.

The victim in today’s robbery believes she may have been followed from the area near 2nd and T Streets, NW, prior to being robbed.

We also ask that neighbors and visitors call 911 if you see anything in your community that seems suspicious.  There were several neighbors outside in the community at the time of today’s robbery, but no one saw or heard anything unusual.

We also ask that anyone who lives nearby check video recording devices, if you have them, to see if perhaps you recorded anything during the times listed here.  If you have anything, please call 727-9099 and let us know. 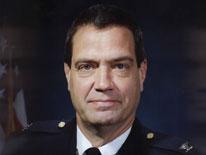 Posted by Scott Roberts of Bloomingdale at 8:38 AM